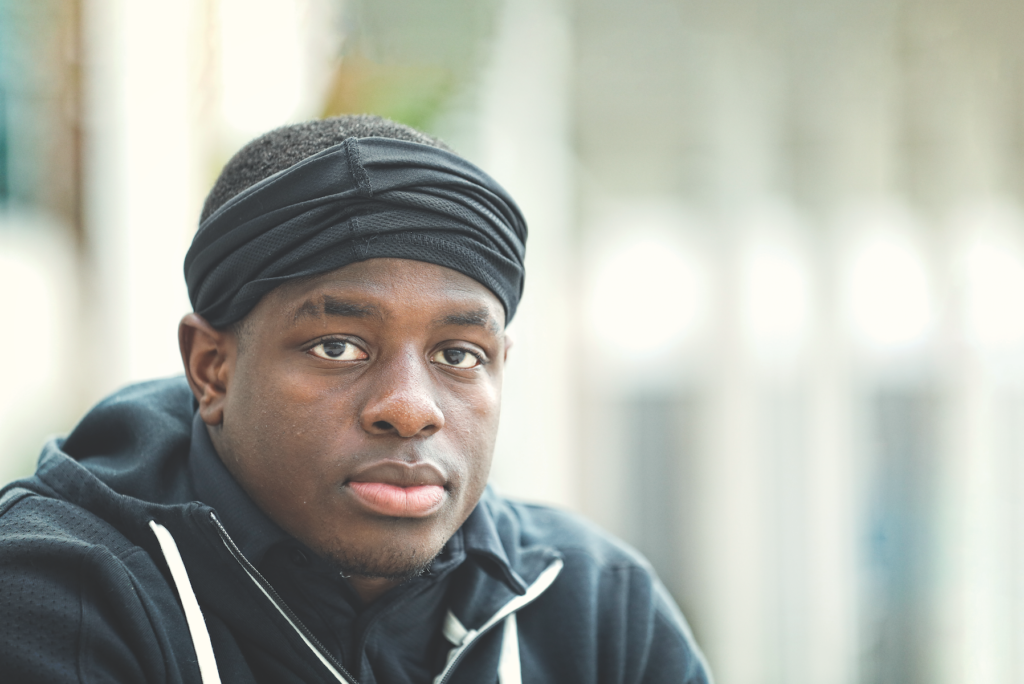 Five days a week, by 6:15 a.m., Vonte Parris is already in the cafeteria for breakfast at IMG Academy, an elite prep school in Bradenton that trains top-tier high school athletes. He fills his tray with the same breakfast most mornings—two hard-boiled eggs, a bowl of oatmeal and a banana—and sits at a table with his teammates. By 7:45 a.m., he’s in the locker room for football team meetings, and by 9 a.m., he’s on the practice field. He’ll train for the next two hours, working to become a top-notch running back, until his academic day starts at 11 a.m. Then it’s school, lunch, more school, an evening break with friends, dinner and lights out by 10 p.m.

Though 20-year-old Parris has a schedule like many young adults his age, his life wasn’t always headed in this direction. Thanks to a series of fortunate events facilitated by the Naples Children & Education Foundation (NCEF) and Youth Haven, a Naples nonprofit that offers counseling and residential programs for at-risk children and teens, Parris was able to go from a kid facing homelessness and struggles to a young man firmly on the path to success. “The odds were stacked against Vonte, and look at him now,” NCEF CEO Maria Jimenez-Lara says. “When you see kids like Vonte, all of our work is worth it.” 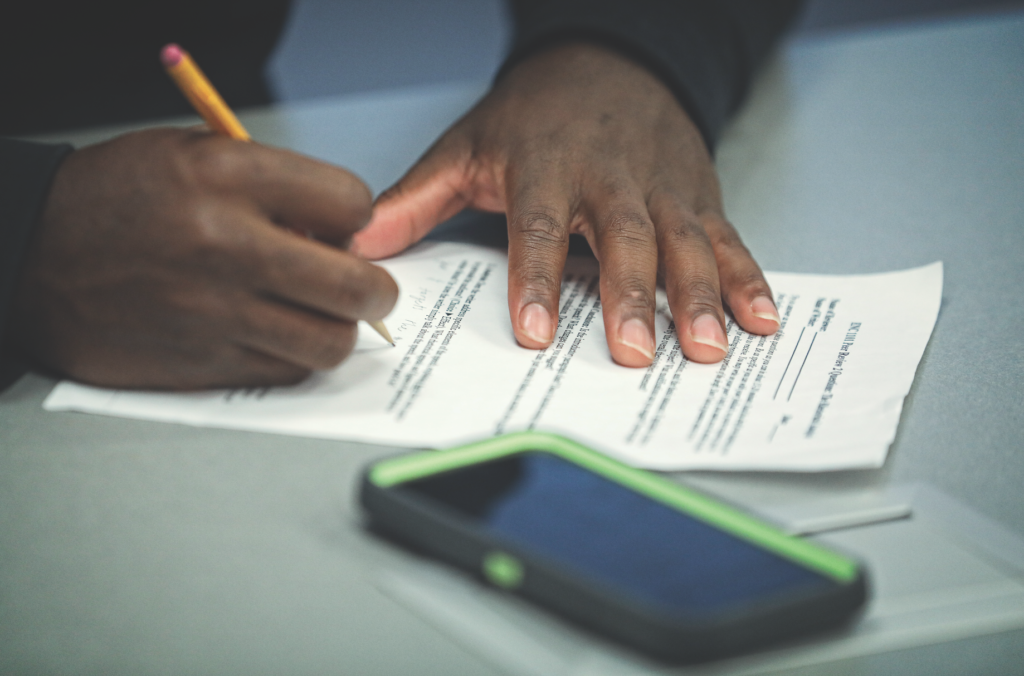 Through funds raised during the Naples Winter Wine Festival (NWWF), NCEF helps the area’s most vulnerable children, focusing on seven strategic initiatives and supporting nonprofits through an annual grants program. Youth Haven is one of the organization’s grant recipients. Just last year, NCEF awarded Youth Haven $300,000. Those funds contributed to the Homeless Teen & Transitional Living Program, which helps kids 14 and older move toward self-sufficient living by assisting with housing, life skills classes and other resources. “NCEF provides a blueprint for how to change the community one issue at a time,” Jimenez-Lara says. “We’ve developed consortiums and strategic initiatives to make sure there’s a safety net so that no one falls through the cracks. The journey for a young man like Vonte could have been very bumpy, but we provided the support he needed to transform his life.”

Parris arrived at Youth Haven in March 2019. There he stayed at Rob’s Cottage, a voluntary residential group home for teens ages 16-19. He was referred by a school counselor who saw enormous potential in him but worried about his home life. Parris’ family had been moving between houses and hotels, and five of his siblings were either in jail or had just been released from jail.

At Youth Haven, Parris started off quietly, but over time he opened up to his mentors and advisors. He improved his grades and continued to excel at football. Last January, Parris participated in  the NWWF’s Meet the Kids Day, where he shared his dream of becoming a professional football player. An NWWF patron felt compelled by his story and helped secure an interview for him at the prestigious IMG Academy (where she continues to support his education). After graduating from Golden Gate High School in June, he started IMG’s post-graduate program in July. He’ll spend this year improving his SAT and ACT scores and working on his football game. This will put him on track for top universities next year. 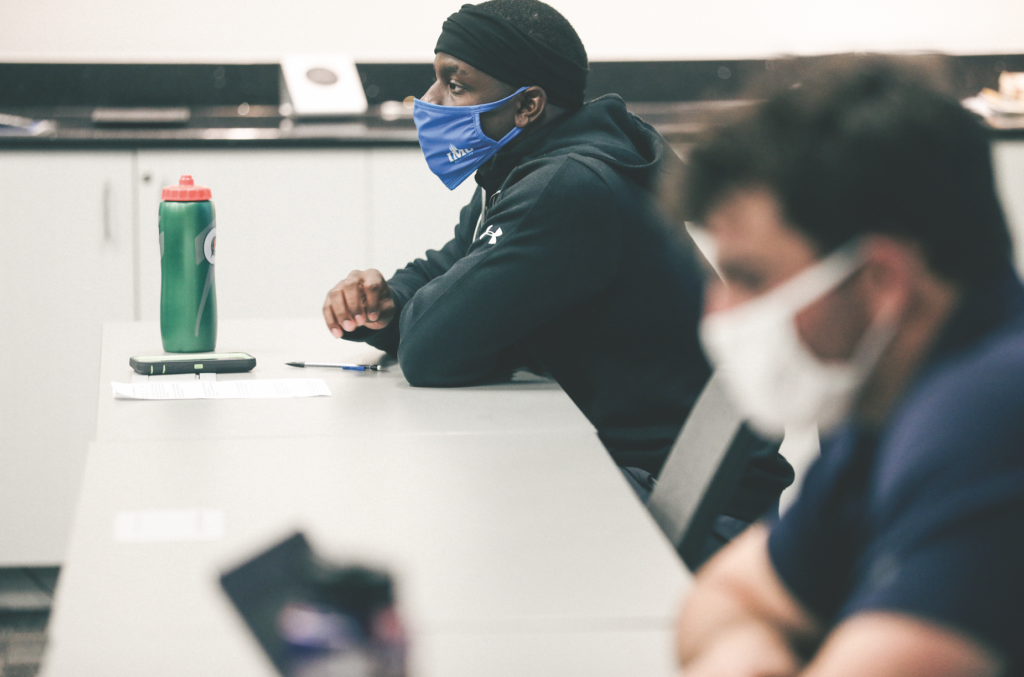 On the weekends, when his team takes a break, Parris still practices on his own, drilling on precision and speed. “Usually you have to make teenagers do things. Vonte is the exact opposite,” Laquentin Cotton, associate director of group home operations at Youth Haven, says. “The first couple of weeks here, he was already working hard.” Cotton reports that Parris would stay up late working on homework, and get up at 3:30 a.m., if needed, to finish his schoolwork. He recognized Parris’ work ethic as a differentiator from other kids in the house.

“Time doesn’t wait for anybody,” Parris says, explaining his drive. “If you sleep eight hours a night, that’s one-third of your life. Now you’ve only got two-thirds left to go out and make something of it. Me? If I get five hours, I’m not complaining.”

Among his group of friends, Parris’ personality falls in the middle. “I’m quiet sometimes, and sometimes I’m rowdy,” he laughs. “I’m just a buff, short kid who runs fast.” At 5 feet 9 inches tall, Parris says he’s short for a football player but he makes up for it with speed and agility. As a running back, those qualities serve him well. But his ambitions extend beyond the football field. He excels in math and science, and he plans to have a career in computer engineering after he plays professional ball. “Vonte understands that an education is his avenue to success,” Cotton says. “He’ll take football as far as he possibly can and, in the process, get an education that will help him build a better future for his family.”

Family is important to Parris. When he speaks about his ambitions for the future, he includes those he loves. “I want to be able to support my family, mainly my mother, my brothers and my little sister,” he says. He looks forward to a time when he can share the lessons he’s learned with his own children. “I want to make sure the kids I have when I get older are successful,” he says. “I want them to go down a good road.”

For now, he continues to focus on the goals in front of him: waking up at 6 a.m., practicing football, working on his academics. He draws inspiration from his favorite quote, a line from composer and lyricist Irving Berlin: Life is 10% what you make it and 90% how you take it.  “There are going to be a lot of things that come to you in life, and your reaction pretty much defines you,” Parris says. “There could be a thousand streams, and you have to choose to take the right one.” 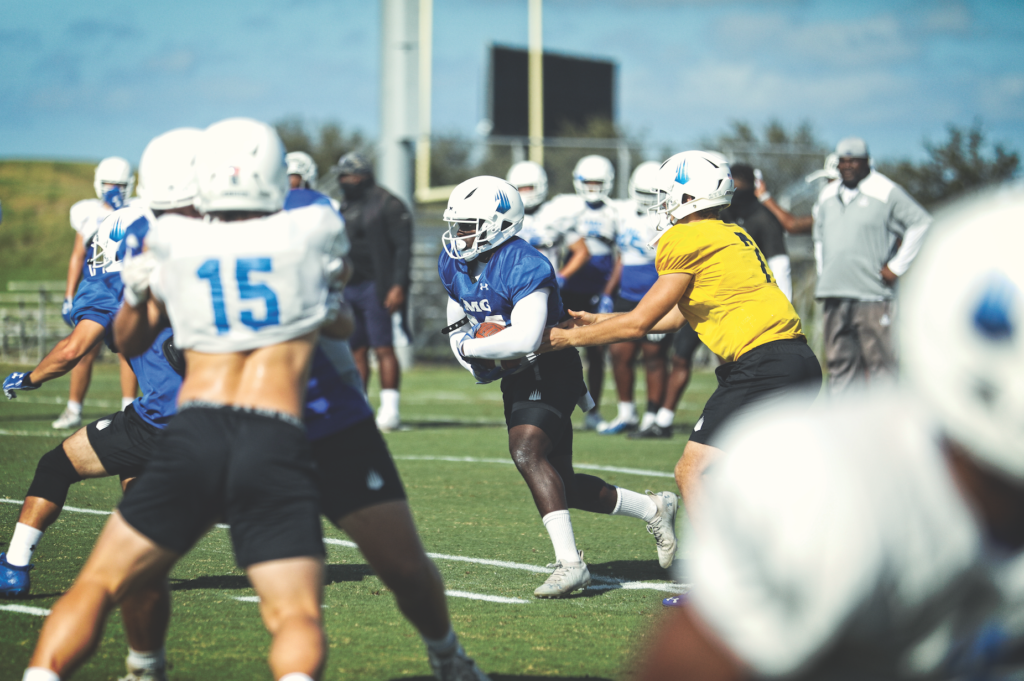 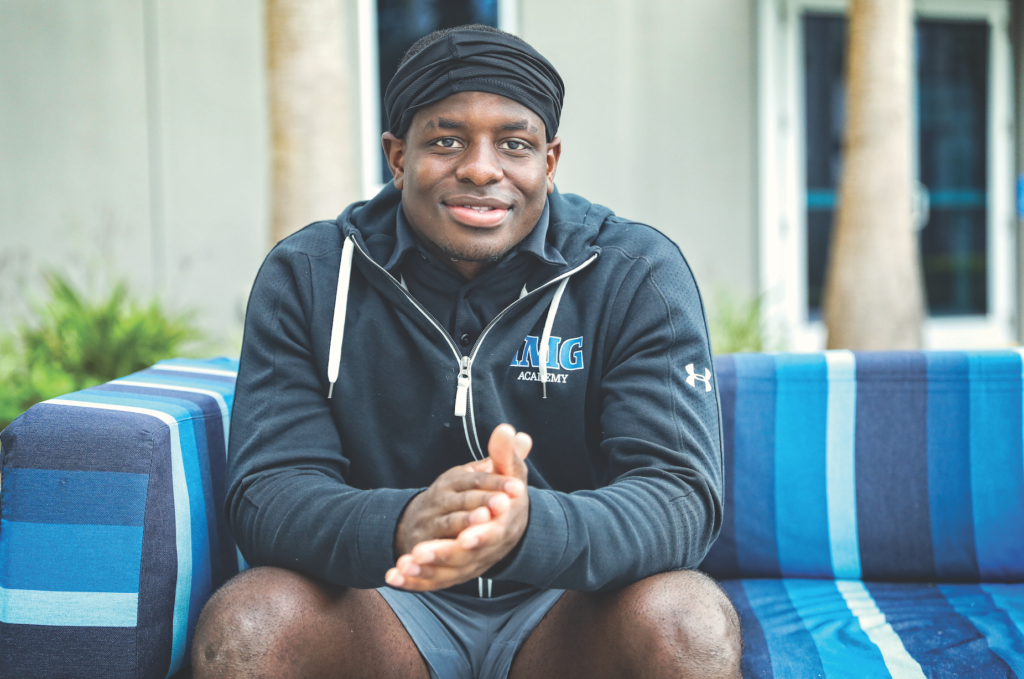