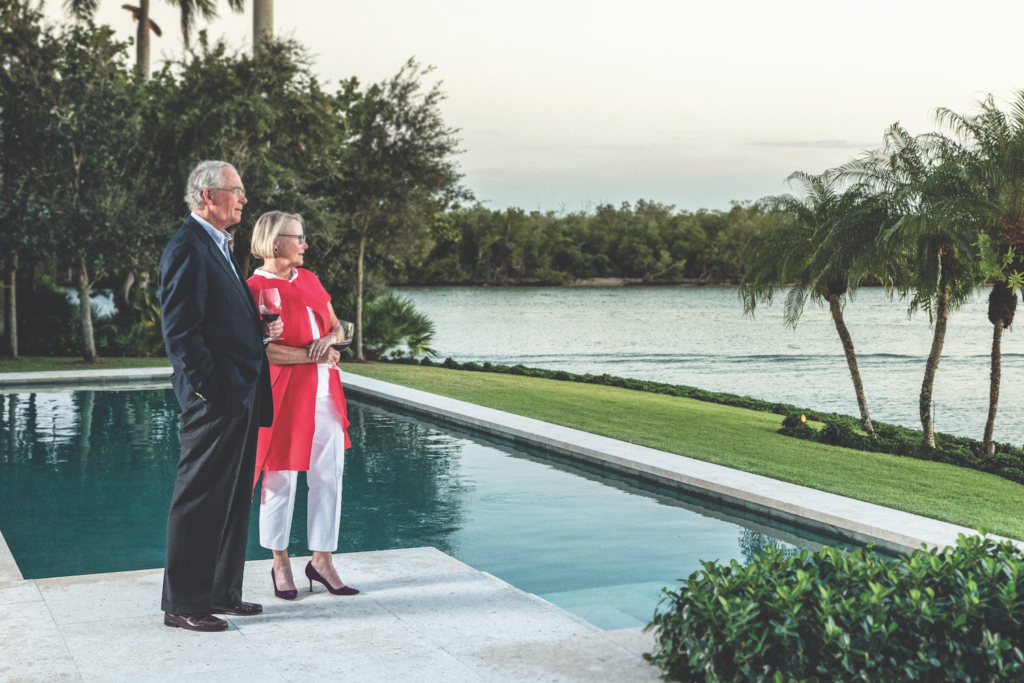 Over the course of three years, Francis and Kathleen Rooney crisscrossed through Spain along the Camino de Santiago, a pilgrimage nearly 500 miles long. The couple tackled the trail in three parts, through towns like Pamplona and Leon, en route to the rumored resting place of martyr St. James in Santiago de Compostela. When the husband-wife duo passed through Rioja, they fell in love with it, says their son, Michael Rooney, who met them at Burgos during the second part of their journey.

This was around 2013. The couple visited wineries around the country’s northern wine region, considered the Bordeaux of Spain, where the dominant tempranillo grape undergoes long aging in oak barrels similar to French wines. 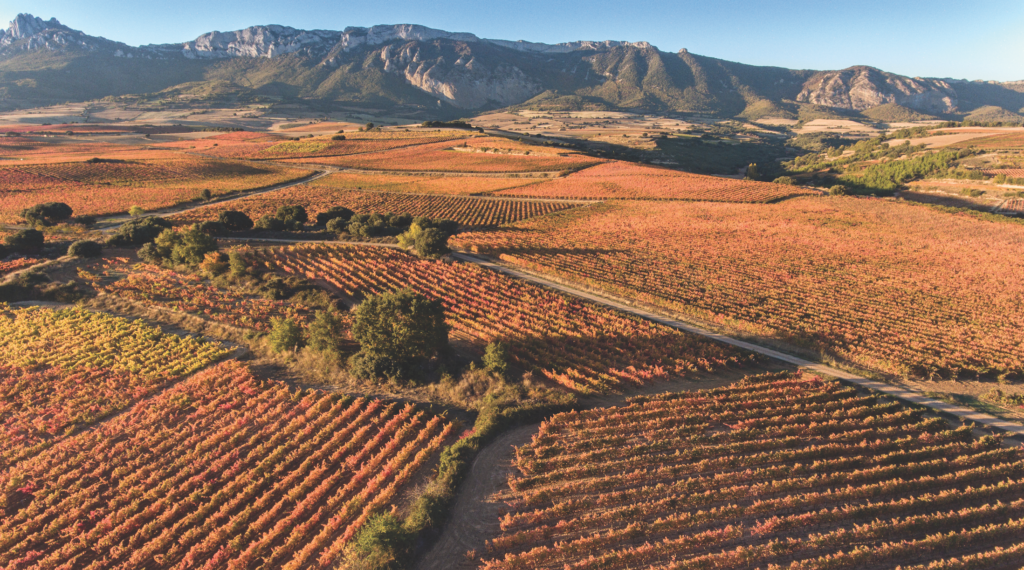 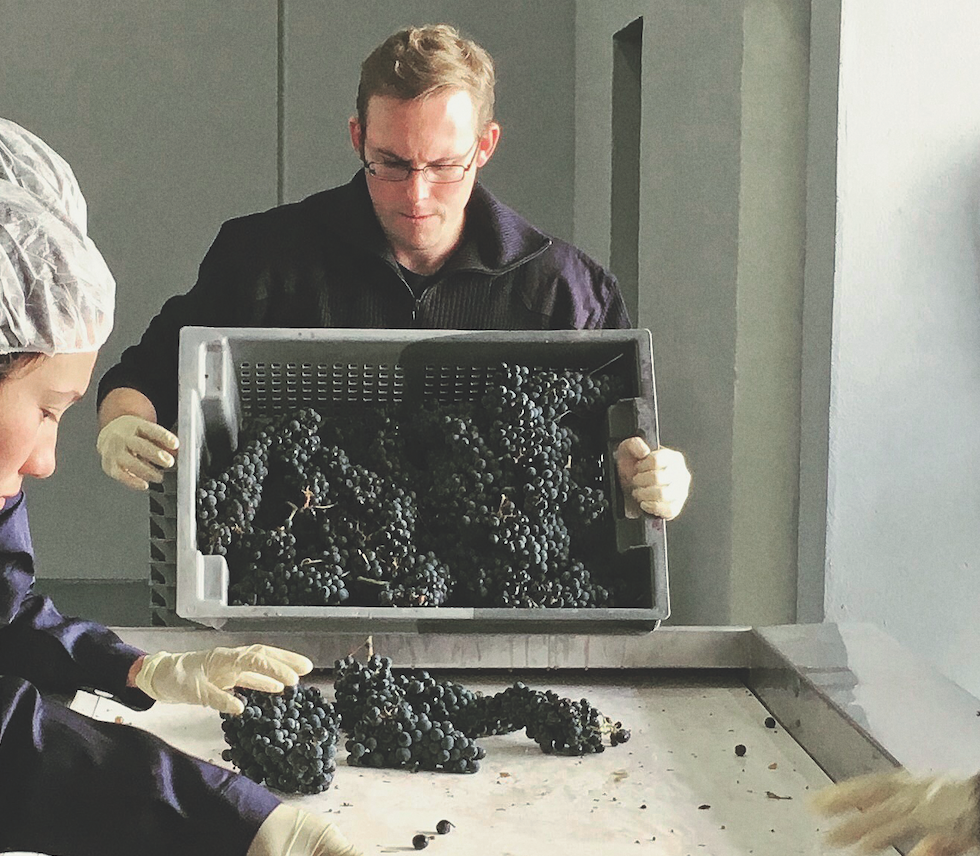 Soon, Rioja became a frequent vacation spot, as their appreciation for Spanish wine and culture grew.

Back in their seasonal home of Naples, the couple fueled their love of wine over the years as trustees of the Naples Children & Education Foundation (NCEF). They chaired the 2010 Naples Winter Wine Festival (NWWF) and regularly participate in annual vintner dinners for the organization.

After their Spanish pilgrimage, the Rooney family considered the idea of starting a winery and soon began vineyard scouting. In 2014, they found their perfect plots in Alavesa, near the Atlantic, and Bodega 202 was born.

Located in what is considered to be one of the best grape-growing subregions in Rioja, Bodega 202 has vines between 80 to 100 years old. Most of the acreage sits at an elevation between 1,600-1,800 feet, with two over 2,000 feet. “We always wanted altitude—that was most important,” explains Michael, who is based in D.C. and heads up managing and finances for the operation. He visits six to seven times a year, including to help with the harvest.

The high altitude and low temperatures balance the slow ripening of the tempranillo wines they produce, he explains. By looking east and west at vines of varying age, they can pick and choose which plots to pull from for their two mainstay wines: the more traditional Ansa and the Aistear, a mosaic wine blended from vines averaging 30 years in age. Since 2017, the grapes for Ansa have come from one of Bodega 202’s oldest plots, a nearly 2.5-acre vineyard dubbed 1945 after the year it was planted. “They are the strong, typical Rioja tempranillo, but Ansa has more complexity and depth—since it’s created using the oldest, best grapes we have,” Michael says. “Aistear is a little more playful, since we can experiment with blending younger grapes, and get a little more lightness.”

The best wines from Rioja are made around the same area where 1945 sits, says Bodega 202’s technical director and winemaker Luis Güemes, who helped the Rooneys on their vineyard hunt. “This vineyard produces small quantities and the grapes are extraordinarily concentrated, so the wines have power and intensity, but they are also elegant and balanced.”

The first vintage (and current wine on the market) is the 2015. “We are proud of that vintage, but we were working out of a shared space and didn’t have as much control,” says Michael, explaining that the winery was built the following year. “The 2016 vintage was the first one we truly call our own; it shows a lot more growth and maturity, a lot more depth.”

Bodega 202 produces between 25,000-27,000 bottles per year, and the Rooneys plan to keep the production small. “As people are starting to branch out and explore different places, they’re looking for boutique, quality producers, and we can bring that kind of small-batch Rioja wine to the U.S.,” Michael says.

During the 2020 NWWF, with the winery fully up and running, the Rooneys participated with Bodega 202 as one of the featured vintners and donated wines for the auction. “The auction shows how wine can be an instrument for good,” Kathleen says. 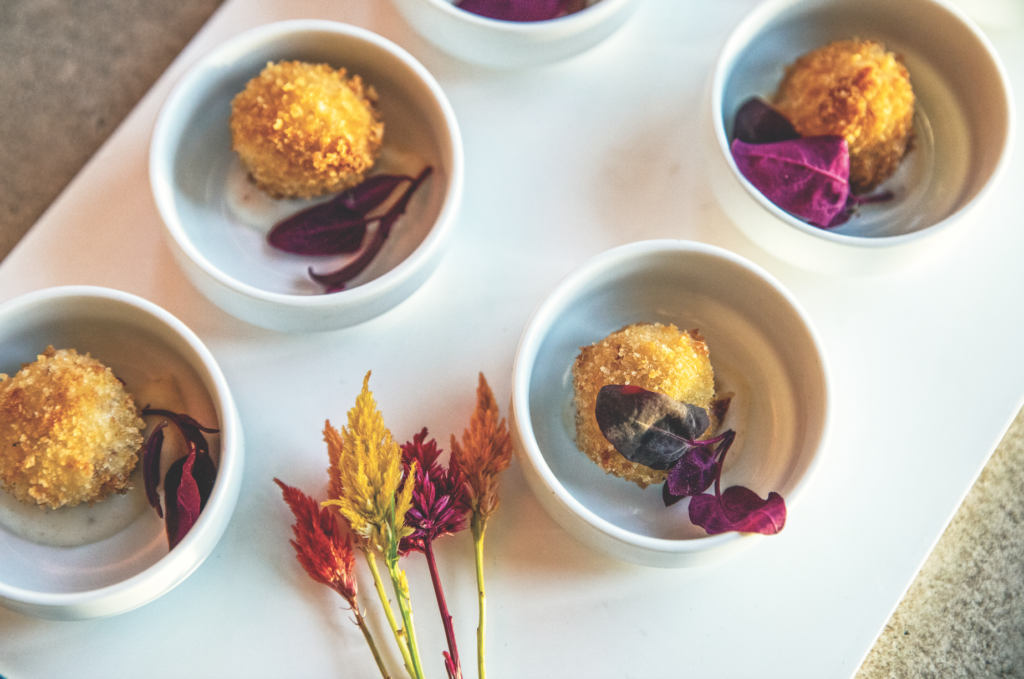 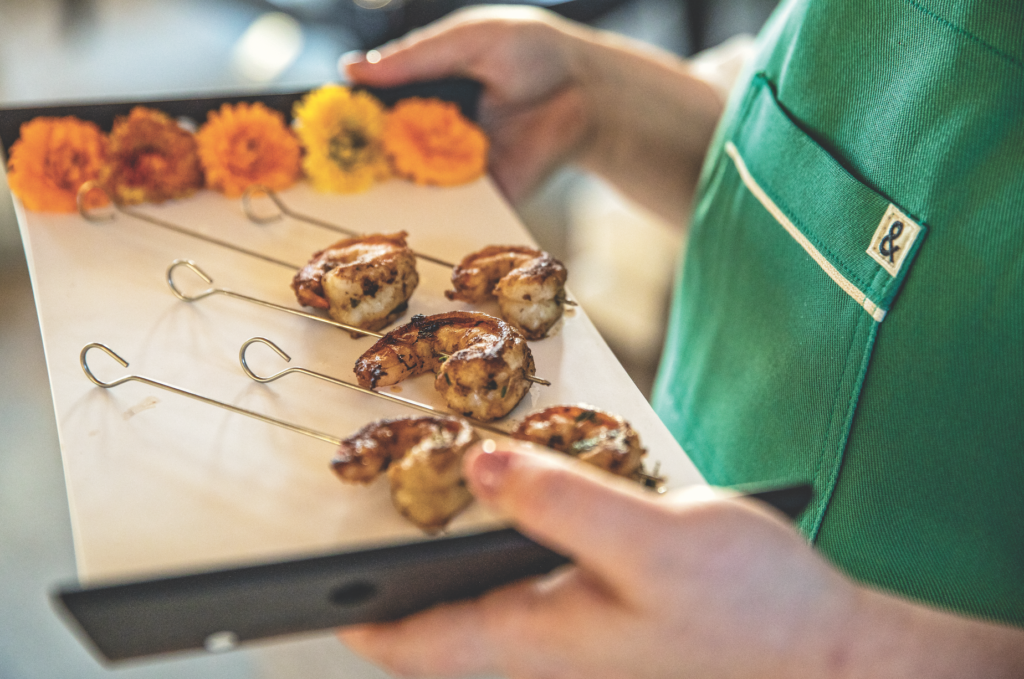