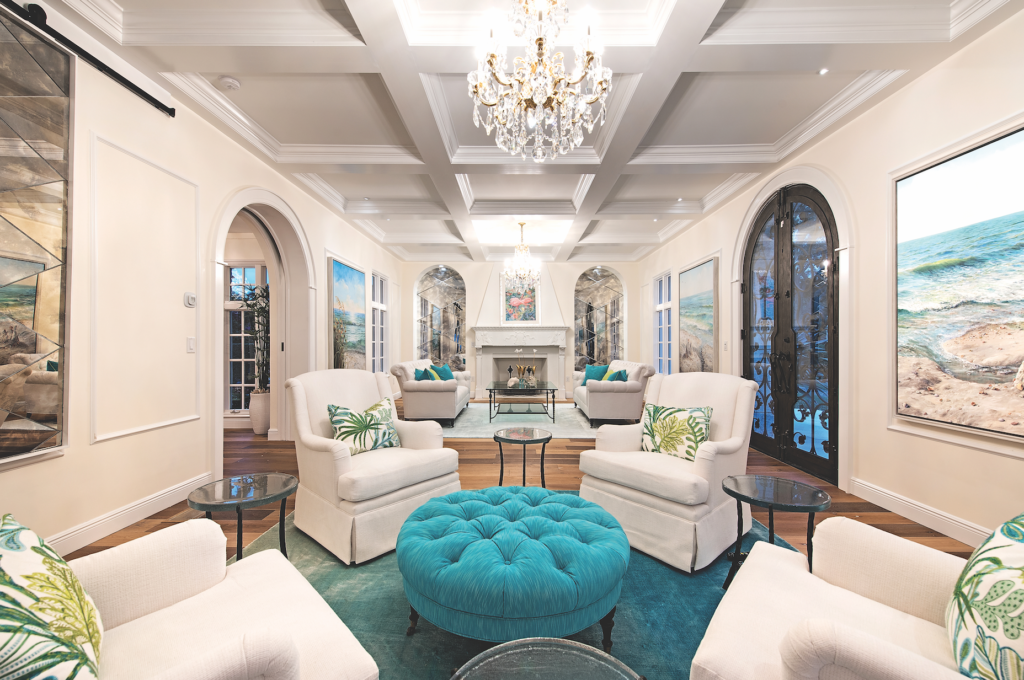 This 1926 Port Royal estate designed by Addison Mizner has undergone several remodels over time, but it remains true to its original charm. (Courtesy Amerivest Realty)
One may have predicted that COVID-19 would spur a wave of interest in Southwest Florida real estate, as people escaped the cities and searched for sunny climes. But few could have predicted just how much. Pending sales nearly doubled over 2019, and median prices jumped. Sought-after listings in premium locales led to a record-breaking $18.2 billion in residential sales in Collier County, (Lee County closed the year with $8.2 billion). Here are a few recent listings that mark the pinnacle of the market. Historic Estate Many of the Spanish and Mediterranean Revival homes that punctuate Palm Beach were the brainchild of praised California-born architect Addison Mizner. Mizner carried his eye for opulent structural design to the Gulf in the 1920s, setting the tone for years to come. As the decades passed, many of these older estates were demolished. Only a handful remain, including the 1926 Mizner-designed estate at 670 Gulf Shore Blvd. S. in Port Royal that sold for $22.5 million in January. Dante DiSabato, the agent representing the buyer and the seller, says the four-bedroom and five-bathroom home is his favorite in the city. Though it has undergone several remodels over the years, its exterior and several parts of the interior—like the Spanish tile inserts on the stairs—remain true to the original architecture.  “I think everyone comes to Naples wanting ne
Subscribe Now and unlock unlimited digital access.
Already a subscriber? Sign In.
Directories