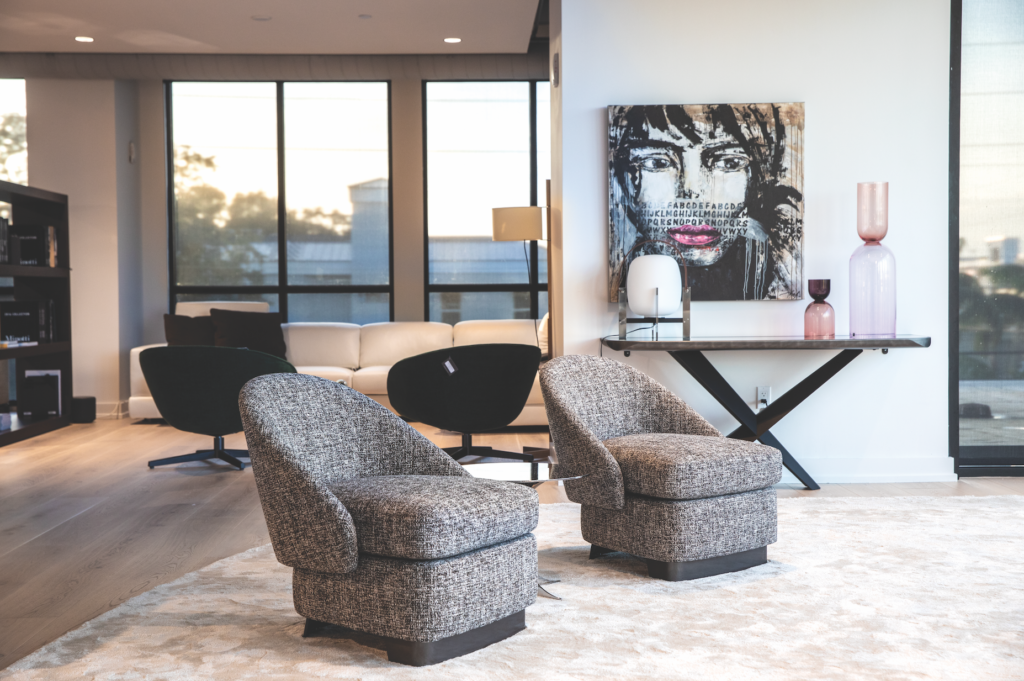 Like many design professionals in Southwest Florida, Osvaldo “Ozzie” Pancaro is attune to the stark shift taking place with local interior design. When he opened his first Casa Italia showroom in Estero’s Miromar Design Center, it was right around when styles were starting to evolve, he says. While most home design still followed the Mediterranean style of architecture, the interiors were becoming more streamlined and contemporary. Pancaro’s eyes were fixed on the future, with his range of sleek furnishings from brands such as Tacchini and Pianca. Now, the Casa Italia world is expanding.

Pancaro, who was born in Argentina to a father whose family hails from Italy and a mother whose roots are in Spain, moved to the area after 15 years spent managing a high-end Italian furniture showroom in Fort Lauderdale. When he moved to Naples in 2006, Pancaro says the Mediterranean look was still apparent on the exteriors, but the interiors were taking more eclectic and transitional approaches. This was the perfect time for him to tap his connections with sleek brands like Cattelan Italia (and later, Minotti and Poltrona Frau), to bring the same sophisticated looks he offered on the east coast of Florida. He still goes to Italy twice a year to scope out new designs straight from the factories of his partner brands.

Last year, he opened a showroom focused on Minotti at the newly opened The Collective design hub in Naples Design District. It’s one of only 12 in the country to carry the brand and one of five showrooms to stock exclusively Minotti products. Surrounded by some of the best in the local home design scene, Pancaro thought it fitting to display one of his top brands there. He’s also since closed the showroom in Estero, and is about to debut a Third Avenue North locale in downtown Naples, where he’ll showcase his full collection of Italian brands, plus new lighting from Spain-based Santa & Cole.

Pancaro’s love for design was most likely inherited. He spent his formative years in Los Angeles where his father, Osvaldo Pancaro Sr., had a wall and ceiling upholstery business, and worked his magic in countless celebrity homes, including those of Steve McQueen, Raquel Welch, Rock Hudson and Gene Hackman. A young Pancaro often accompanied his father to job sites, but he now jokes he was more interested in exploring the homes than doing any real work. Pancaro senior was even tapped by the legendary Los Angeles interior designer Ted Graber to work on the Reagan White House. “My father did the wall upholstery in the Lincoln sitting room and also in Nancy Reagan’s bedroom,” Pancaro recalls. “I didn’t have clearance to help inside the White House, but I did help with the sewing and handling of fabrics.”

While there’s a stylistic cavern between the era of homes that featured upholstered ceilings and the modern Italian showrooms he now inhabits, Pancaro did learn valuable life lessons and tools of the trade that form the hallmarks of his company today: impeccable craftsmanship, attention to detail and the importance of attentive, responsive customer service. He’s developed a loyal clientele who have bought homes in the area—including a fair amount of Europeans, who he describes as “sophisticated, familiar with a lot of the brands we carry and very well-versed on what they want.” 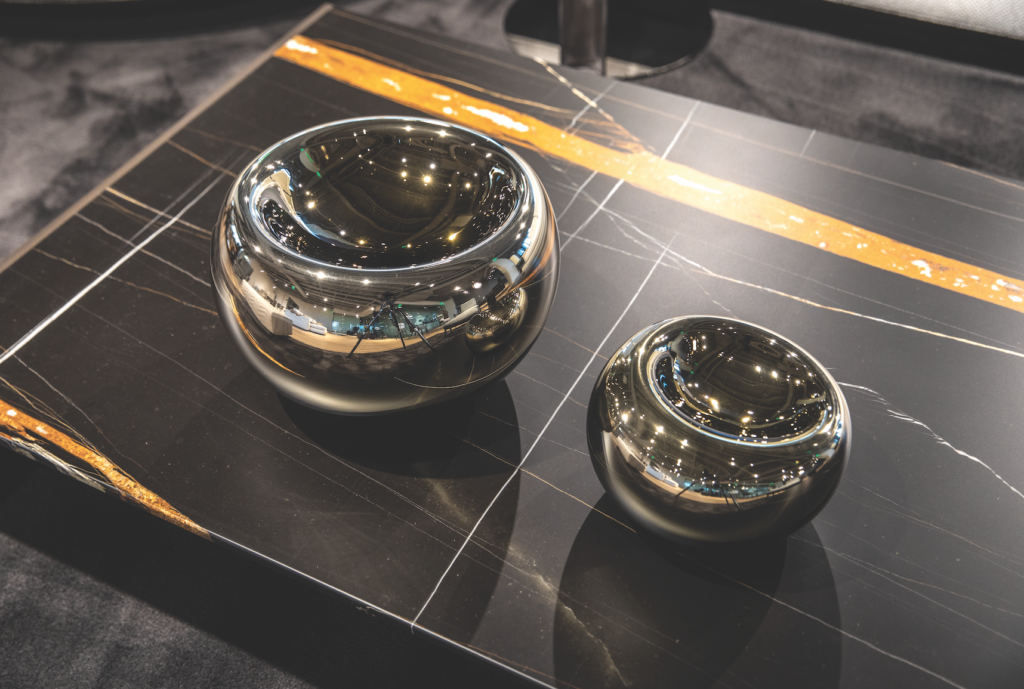 Even if they’re not in the market for a clean-lined sectional, midcentury modern inspired side chair or a chic suspended light fixture, they’ll often stop by The Collective showroom to chat with Pancaro while enjoying a cappuccino or Aperol spritz on the outdoor terrace. “You can see the whole design district from up here,” he says. “Everything from throwback shops to high-end European. It’s a great feeling.”

As he prepares to debut his second Naples location, Pancaro is pondering the addition of a third Casa Italia, which would focus on outdoor furnishings. He also considers new ways to serve his clientele and plans to add company-provided transportation—a Tesla—to shuttle clients between the two showrooms. For him, it’s all about developing personal relationships with clients. “People here expect quality, and they also like to see the same faces,” he says. “We want to make sure everything we do maintains the level of service, responsiveness, longevity and support for clients.”