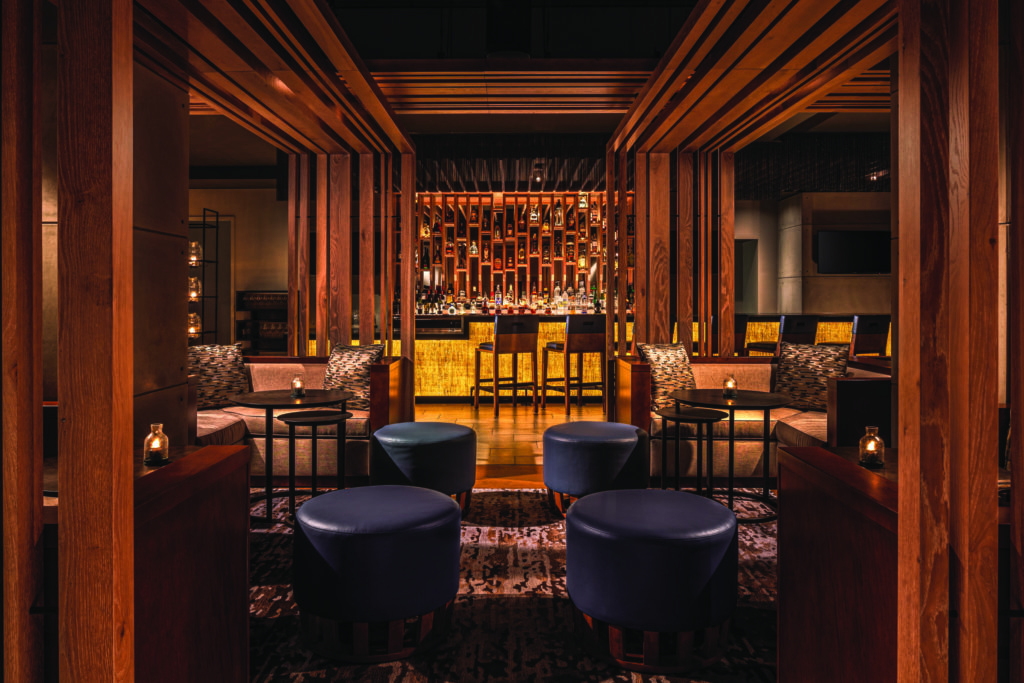 There was a time when Rick Giannasi considered a hotel dining room one of the last places he’d want to eat. “Hotel restaurants of yesteryear attracted guests out of convenience. They were not necessarily the first choice. Now, they’re more dynamic in concept and cuisine and have more personality,” he says, noting that he’s come to truly embrace the genre. The general manager of Ocean Prime, the glossy seafood and steakhouse attached to The Inn on Fifth in Naples, Giannasi finds that the majority of today’s guests enjoy a first-day dining experience at the restaurant. “I’d venture to say that 80% visit at least once, and many more than once,” he says.

A major trend that’s helping to shape the local resort restaurant scene is the move toward culinarily creative, less-buttoned-up dining. “Guests are looking for a comfortable, yet sophisticated dining experience. They aren’t looking for a formal dinner, but would rather spend on quality food and drinks,” Eddie Thomas, director of food and beverage at Naples Grande Beach Resort, says. To that end, the resort debuted two new dining experiences: The Catch of the Pelican’s weekend Brunch A La Kitchen, which gives diners the ability to interact with chefs behind the scenes, and a Friday Champagne happy hour, aimed at local residents, in Mantra lounge.

At its two Naples properties, The Ritz-Carlton has a wide spectrum of restaurants, including steakhouse The Grill and sushi spot Dusk at the beach location, and the new, poolside Ría, with an elevated pan-Latin menu, at the golf resort. The variety allows The Ritz-Carlton to react nimbly to current trends, such as the rising interest in vegetable-forward menus, George Fistrovich, executive chef for both properties, says.

Luminary Hotel & Co., which opened in downtown Fort Myers last year, makes a point to cater to the community. “All our dining outlets were designed to purposefully build a loyal following in the neighborhood,” Steve Adams, director of food and beverage, says. The success of its waterfront dining venues, including Silver King Ocean Brasserie’s patio, rooftop Beacon Social Drinkery and Oxbow, which straddles a pier over the Caloosahatchee River, has opened up public access to the riverfront, helping to reenergize the area. “Some people turn their noses up at hotel restaurants,” he says. “But seasoned travelers and savvy locals know some of the best restaurants can be found on the rooftops and off the lobbies of hotels that truly invest in their culinary offerings.” 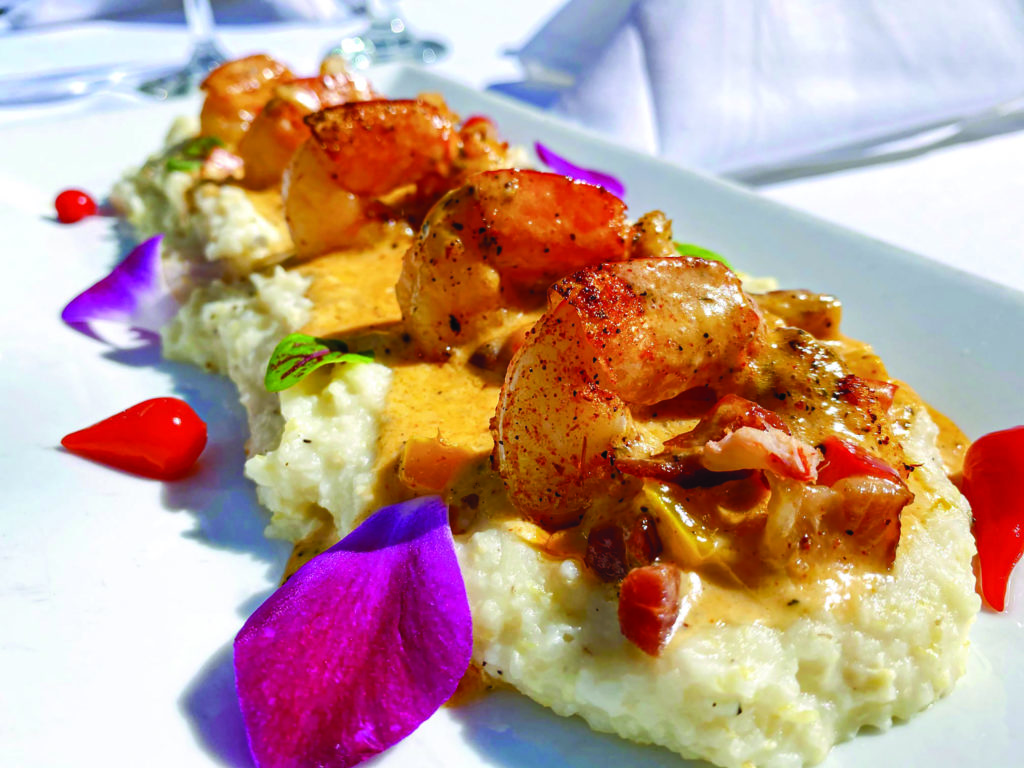 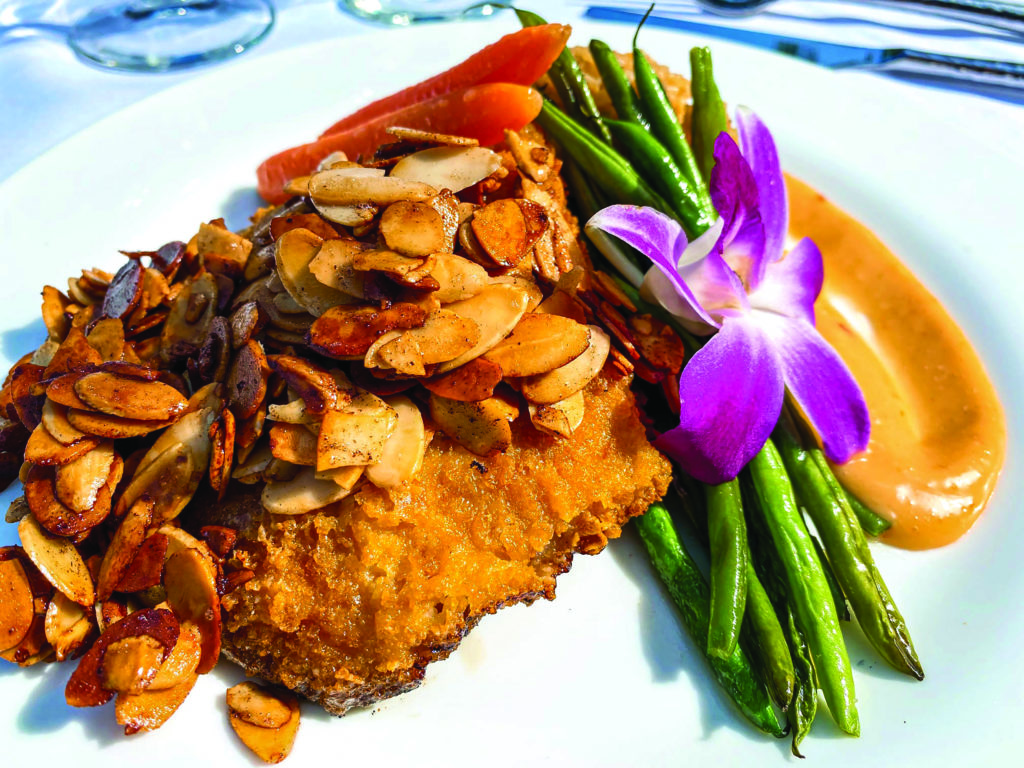 Backed by cosmopolitan brands, resort restaurants also see the value of investing in design. In 2017, the JW Marriott Marco Island engaged award-winning, Florida-based EoA Group to helm its redesign. The new look of the restaurants—fine dining Ario, for instance, uses elements of fire and nature to relay the concept of a global nomad—helped the resort qualify for a branding upgrade, evolving from being simply a Marriott to a more high-end JW Marriott. At Luminary’s flagship Silver King Ocean Brasserie, whimsical 3D fish leap across the wall, while sleek furnishings with muted colors and windows overlooking the river make a stylish first impression. “We recruited L2 Studios in Orlando, some of the best available talent, to create something special for the hotel and its dining outlets,” Adams says. “Investing in the design definitely provides a competitive edge.”

Mary Brandt, owner of Naples’ Hotel Escalante and its intimate poolside Veranda E restaurant, points out the fresh flowers and candles on the table, as well as the flaming desserts and servers carving fish tableside. “We’re going to be doing even more individual tableside experiences,” she says. “People want to have the best time and service.” Traditional elegance is also on display at the historic Gasparilla Inn & Club in Boca Grande, where the main dining room stays true to its formal roots. Men must wear a dinner jacket (in season, December through April) and service is synchronized so that everyone at the table receives their plates simultaneously. “People truly appreciate that Old World formality,” Corey Anglin, the public relations and special events manager, says. The resort’s reputation also rests on its lauded wine program. “Our director of wine has been with us for 12 years and has so many wonderful connections,” Anglin adds.

Being part of an international hotel group can amplify those connections. “The reputation of The Ritz-Carlton, Naples, gives us exclusive access to unique wines and spirits,” Fistrovich says. The resorts also have access to a deep international pool of talent. Earlier this year, The Ritz-Carlton Golf Resort hosted an Artisan- in-Residence program, which brought top chefs from other Ritz properties to Naples for demonstrations and special dinners.

In the end, big or small, historic or new to the scene, top resort restaurants continue to shine evermore brightly—not only in terms of food and service, but through their inimitable settings and global-level panache.