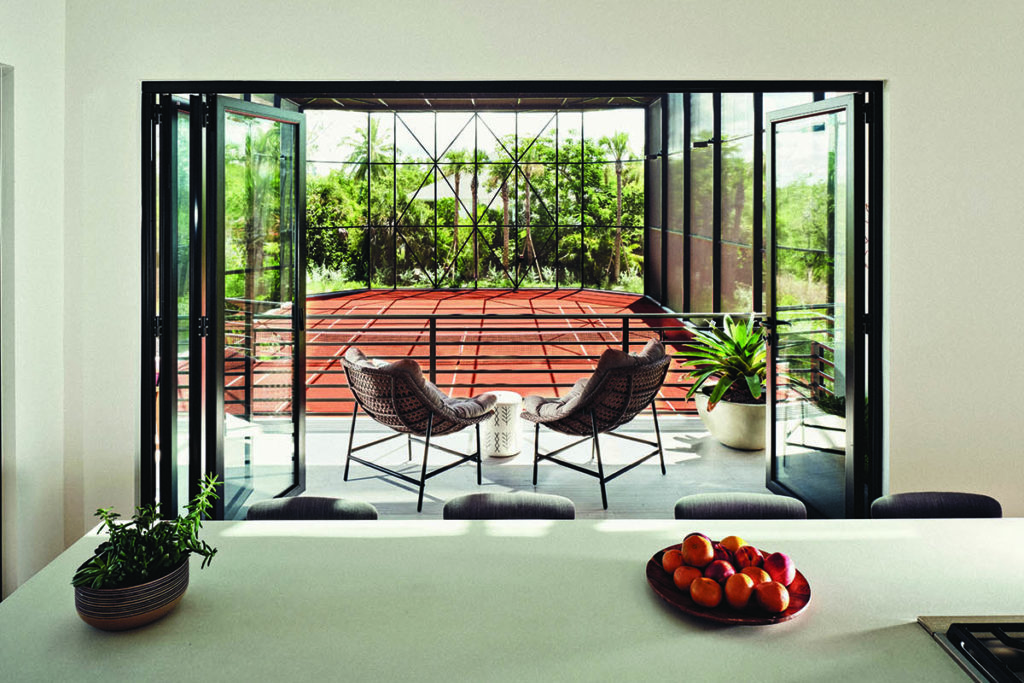 While it’s not all that unusual to find folks here who enjoy playing tennis—many of whom even have a tennis court somewhere on their property—Rena and Ryan Martinson love the game so much they decided to marry it. Or rather, they decided to marry luxe living arrangements with a covered clay court in the Gumbo Limbo neighborhood on Sanibel Island. But this stroke of genius was less a grand slam than a happy accident. When the husband-wife duo, owners of graphic design business Yellow Design Studio, scored the land in 2018, they had no desire to leave their then-primary residence. Ryan, who has been playing since eighth grade when he first caught a couple Wimbledon matches on television, and their son, Cash, were playing tennis almost everyday. Rena, too, had started hitting the courts more since they relocated from Madison, Wisconsin. “The original plan was to build a court along with a little casita that could be used for getaways,” Ryan says.

Still, even as tennis began demanding more of their time, the Martinsons say they never dreamed they’d live in a home with a front yard that was more focused on serves than sod. “In the end, the only way to make it work was to build a primary home,” Ryan says. So they began looking for an architect who could design a residence that incorporated a tennis court. Brandt Henning, who owns HLevel Architecture with his wife, Michaela Reiterer Henning, got the concept almost right away. “When I first heard what they wanted, I said ‘Are you serious?’” he says with a laugh. But the architect loved their vision.

Because the lot wasn’t exceptionally large, Henning had to work backward and make room for the amenity first. “We had to site a regulation-sized tennis court along with the screen enclosure,” he says. “We wanted to make it a natural extension of the house.” Once the court was in place, the team could turn their attention to designing a modern three-bedroom, three-bathroom, two-story home that offered plenty of spots for spectators to catch every serve and drop shot. “The simple orthogonal forms of the residence complement the simple rectangular form of the tennis court,” he explains.

Inside the  3,200-square-foot home, an abundance of windows allows for loads of natural light which was a must-have for Rena, an artist whose paintings hang throughout. “We wanted the house to be open with high ceilings and a lofted area,” Ryan says. “It was also important to us that we keep all the materials—wood floors, cement tiles, stone countertops—as ‘natural’ and raw feeling as possible.”

With construction complete, the family says they’re having a ball. They often take advantage of how easy it is to pop down to practice between conference calls or after homework is done. “The convenience of being able to play at any time is great. We never have to battle to get court time, and it’s fun to invite friends over for a match,” Ryan says. 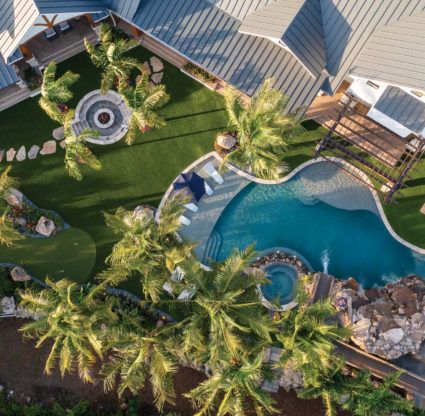 With resort-style amenities, including a grotto, waterslide and putt-putt, this backyard is the heart of the home for a family of five. 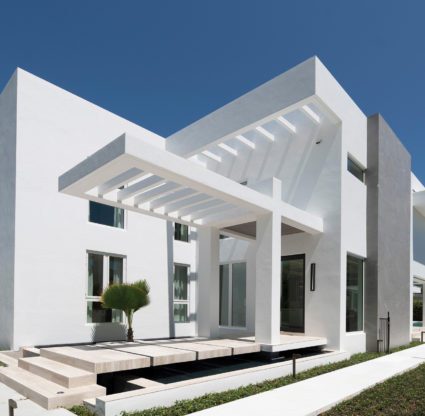 Bauhaus-style architecture and a floating walkway entry make this Naples home stand out from neighbors.

This 4,100-square-foot, four-bedroom home by Naples' Big Island Builders is a minimalist showstopper. 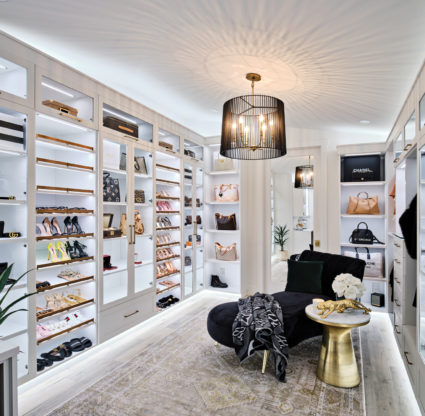 Family and friends gather in this glitzy closet-turned-girl cave 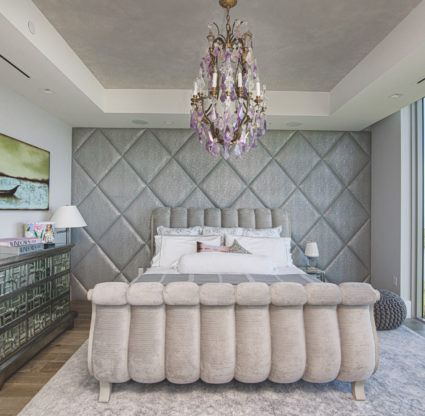 Headboards Get a Decorative Spin

In a Naples Mystique penthouse, a full-wall headboard in embossed leather makes an artistic statement.
CONTACT US TERMS OF USE