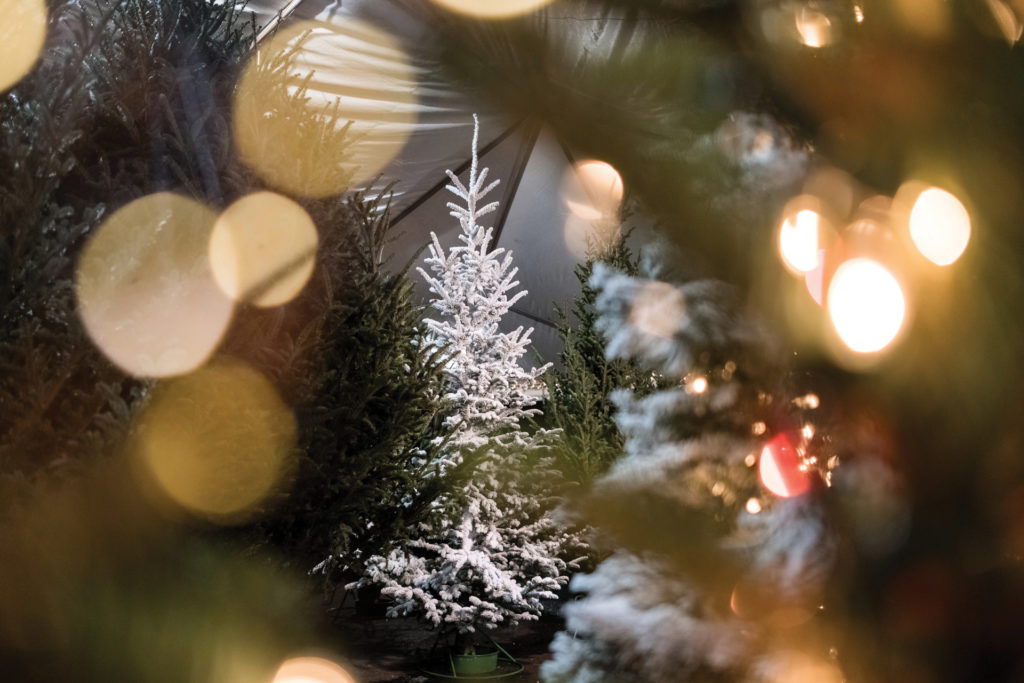 Since the 1970s, the Heath family has decked the halls of local homes for the holiday season with their fragrant firs. (Photo by Anna Nguyen)

By mid-November, the first semis make their way south, en route to fill sprawling tents set up in two Gulf Coast parking lots. Bob Heath, who at 94 still co-owns and operates Heath Christmas Trees, used to ride down with his aromatic inventory. These days, he opts to fly. “He’s gotta keep in shape to make it on the plane,” his daughter, Heidi, teases.

Bob still mans the farm’s Christmas tree lot in Fort Myers with longtime family friend Janice Clark; Heidi and her sister, Holly, run the Naples lot. All four co-own the business. They announce each season’s locations with a cheery Facebook post and a postcard mailing to prior year customers; their tents have popped up in parking lots outside myriad gas stations and shopping centers across Lee and Collier Counties over the years. The lots—complete with twinkling lights, nostalgic yuletide decor and carols playing overhead—evoke what Heidi calls, “that warm and fuzzy holiday feeling.”

The Heaths live full-time in Wisconsin, and for more than five decades, they’ve been caravanning down to the Gulf for a few weeks every year. They don’t make the trek solely because the region’s ever-booming population translates into steady sales; they come for the legion of loyal customers. “It’s hard work and a big investment,” Bob says. “But the work’s very important to us, as we’ve made lots of friends over the years because of it.”  The time many of their customers spend finding their Christmas tree is pretty slim compared to the time they spend catching up after a year apart. “Some people have bought trees from me since day one,” he continues. “They come back, and then their families keep coming back. It’s intergenerational now.”

The Heaths’ operation also includes a team of 25 employed at their Christmas tree farm in Coloma—many of whom have been with the family for decades. “They stay until the week before Christmas, working around four weeks at a breakneck pace,” Bob says.

The operation wasn’t always so extensive. A vacation in Naples with his wife around 1970  planted the seed for Bob to expand his Christmas tree venture to Florida, where he astutely noted the affluent, expanding winter population were mostly fellow Midwesterners and accustomed to real, not fake, trees. “Naples had the climate, had the people, had the potential,” he says. Not long after, he came to Naples alone with a single tractor-trailer loaded with what he guesses were around 400-to-500 trees, setting up his lot in a Texaco station. “I ended up burning the 200 trees that didn’t sell,” he said. Undeterred, Bob gave it another shot the following year—and took an even bigger gamble, roping in his in-laws to run the Naples lot while he manned a new, second lot in Fort Myers. “The second winter, we sold the whole semi full of trees,” he says proudly. “The only mistake I made was that I didn’t buy half of Naples’ real estate back then.”

While the trees that Bob brought down in the early 1970s were from his farm, Heath Christmas Trees’ inventory is now a little broader. The Heaths supplement their local harvest of Fraser firs from Wisconsin by carrying additional Frasers from North Carolina, as well as Nordmann and Noble firs from the Pacific Northwest. “We try to be on the cusp of what’s new,” Heidi says (even the Christmas tree market is susceptible to trends in taste and style).

Meanwhile, they hand-select all the trees from their Wisconsin farm. “We get what we call ‘No. 1 grade trees,’ or the first and best cuts out of a field,” Heidi explains. In October, they prune and manicure the trees to properly shape them. Each tree is affixed with a colored tag in the fall, identifying it based on its “shape, fullness and feel.” Their firs range from towering, 20-foot-tall giants to more diminutive, 2- to 4-foot-tall specimens.

Heath Farms begins to cut its trees in early November, running them through a baler—the machine that wraps each tree in its snug protective netting—before they sort and pile the conifers by size. Trees then get stacked in each trailer horizontally, to the tune of around 400 to 500 evergreens per truck. By that time, the semis, which are refrigerated to preserve the trees’ freshness, start rolling in. Crucially, they don’t all arrive at once. They’re staggered, with each load showing up every three or four days to replenish the lots with fresh trees. “It takes a lot of planning to time it right,” Bob says.

They also transport another product from Wisconsin. Bob estimates that they bring around 2,000 jars of pickles made from their farm’s cucumbers. Pickles have long been associated with the holidays in the Midwest under the guise of glass Christmas tree ornaments. Around 15 years ago, Bob came up with the idea to dole out a jar of pickles from their farm with every tree purchased. “People eat the pickles after they’ve taken their tree home, and think about us,” Heidi says. “Though we’ll have families that come and eat the whole jar right on the lot.”

A visit to Heath Christmas Trees is an annual tradition for many Southwest Florida families. Lifelong customers don’t just leave the lots with a fragrant tree and a jar of pickles. They leave with a healthy dose of holiday spirit. And the proof is in the (figgy) pudding. “We want to create holiday memories,” Heidi says. “After all, it is the most wonderful time of the year.” 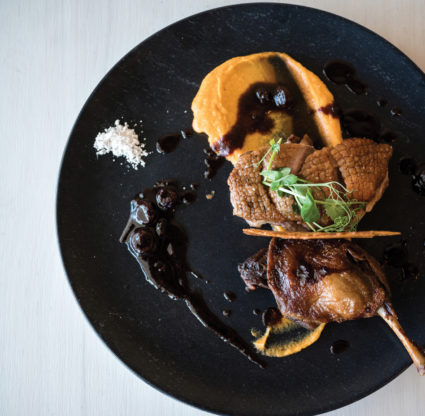 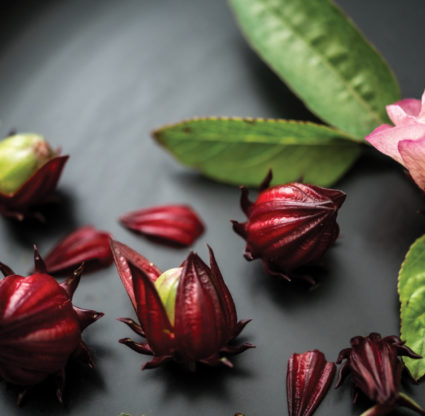 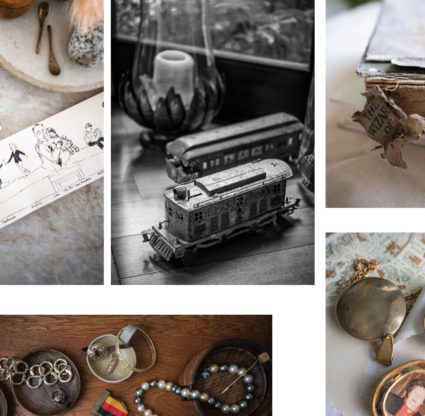