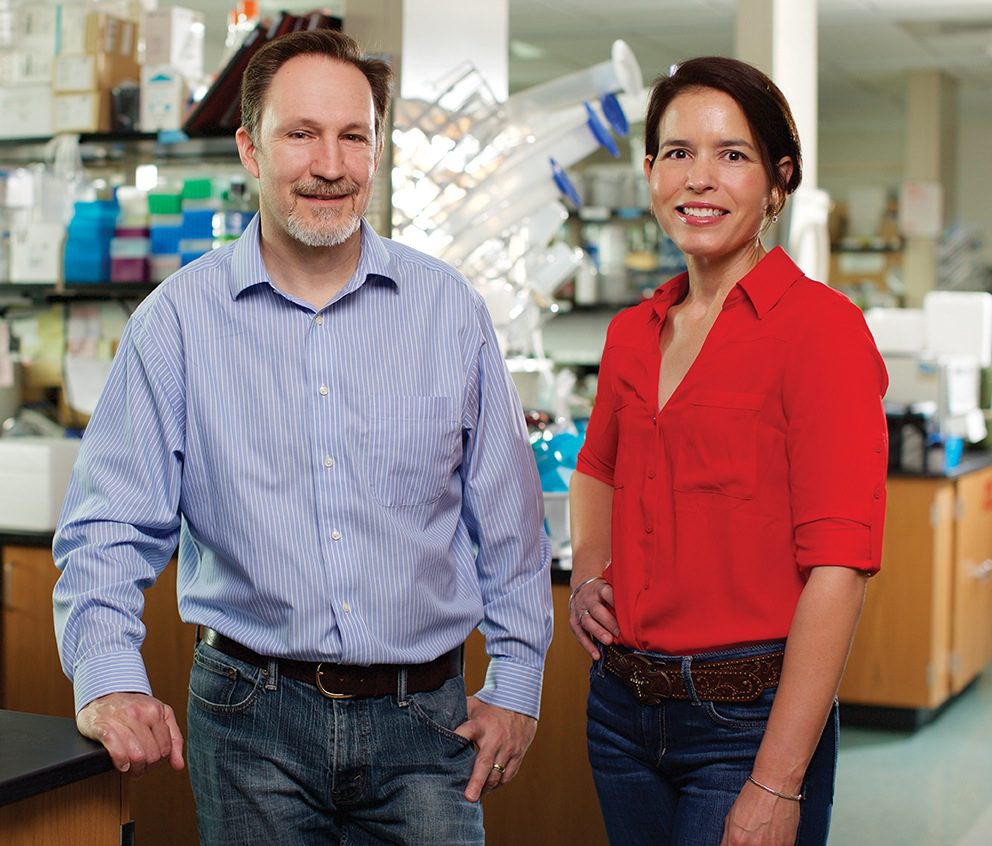 They come from different pockets of Southwest Florida: academia, business and health care. Their work may be different, but they do have one thing in common. They’re quietly having major impact in their fields. These are the people you may not recognize if you see them in Naples or Fort Myers, but they’re taking a lead in their professions. They are, in fact, game changers.

The gentle demeanor and calm voice of Dr. Shirley Codada indicates someone who cares, who’s patient, who, perhaps, sees her job as a greater calling. “I think I was made of the right fabric to be a palliative care physician,” she says.

Codada initially wanted to be an engineer when she came to the United States from Haiti. But her brother got sick. As she cared for him, he made an observation. She had a good bedside manner. She had the right touch to be a doctor. After her brother died, she took his advice. She’s now the new medical director of the palliative care program at NCH Healthcare System after a two-decade career in medicine. Part of a $15 million donation to the hospital by Jay and Patty Baker earlier this year went to expanding palliative care.

Palliative care differs from hospice care. Both deal with providing for the physical, emotional and social needs of a sick patient. But while hospice deals with end-of-life treatment, palliative care is about providing for a seriously ill patient during his or her fight with an affliction. She sees a particular need for the service in Southwest Florida, as the aging population grows and deals with a range of illnesses like COPD, cancer and dementia. She’s leading the growth of NCH’s palliative care program, particularly its outpatient services. One of her main challenges is changing the perception of palliative care. It isn’t about giving up or accepting death, as Codada frequently hears, but rather providing comfort through a difficult time. She makes a play on a popular phrase to get her philosophy across: “I care; therefore I am.”

Gartner’s Fort Myers facility could be confused for a college campus. Hundreds of fresh-faced new hires of this business tech consulting firm are talking with instructors, grabbing a bite to eat between training sessions or even playing a little pingpong in the rec area. The employees there are young but likely cream-of-the-crop. Nate Swan, a group vice president of sales, and his fellow managers thrive off the energy there. They’d just like to see more of their recruits come from Southwest Florida. Locals currently account for only 15 percent of their sales workforce.

Swan and his co-workers have been collaborating with the FutureMakers Coalition, spearheaded by the Southwest Florida Community Foundation. The coalition consists of professionals from the education, business, government and nonprofit worlds who are looking to enhance the workforce locally. The goal is to get the number of Southwest Floridians with certifications and degrees to 40 percent by 2025, up from 27 percent now. From Swan’s perspective, a healthier workforce means easier recruiting (not to mention money saved from relocation costs). “I want people that are connected to Southwest Florida because they’ll want to stay here,” he says.

Swan has already worked with Hodges University and Florida Gulf Coast University in an attempt to get professional sales programs in place. It may take years before the true fruits of their labor blossom, but if it pays off, Southwest Florida will be known not only as a tourist or retirement destination—but also as a place where young professionals can feel at home.

As the Zika virus was starting its spread across the Americas, virologists Sharon Isern and Scott Michael were busy getting to work in a Florida Gulf Coast University biolab. The husband-wife team has spent much of the past decade studying dengue, a mosquito-borne virus prevalent in tropical countries, and had even developed and patented an antiviral treatment. Zika, as it turns out, is closely related to dengue. It was logical that they switch their efforts to studying the spread of the virus. And, they had already taken a sabbatical to focus on research. Suddenly, their sabbatical got a lot busier. “We hit the ground running—and we just kept going,” Isern says.

In the airlocked lab on campus, the researchers and their student help have been testing the virus. In particular, they’ve been looking at the similarities and differences between Zika and dengue. Their research so far has indicated that if a person has had dengue and developed antibodies to the disease, then he or she may be at greater risk for getting Zika. Isern and Michael’s article published in a biology database online has created a buzz in the virology community. It has yet to be peer-reviewed or clinically tested, but it’s already given fellow researchers more insight into how the disease could possibly spread. “It’s not Beyoncé, but hey, it’s something,” Michael says with a laugh. Yes, it may not be glamorous, but in their way, they’ve become stars in their own right.