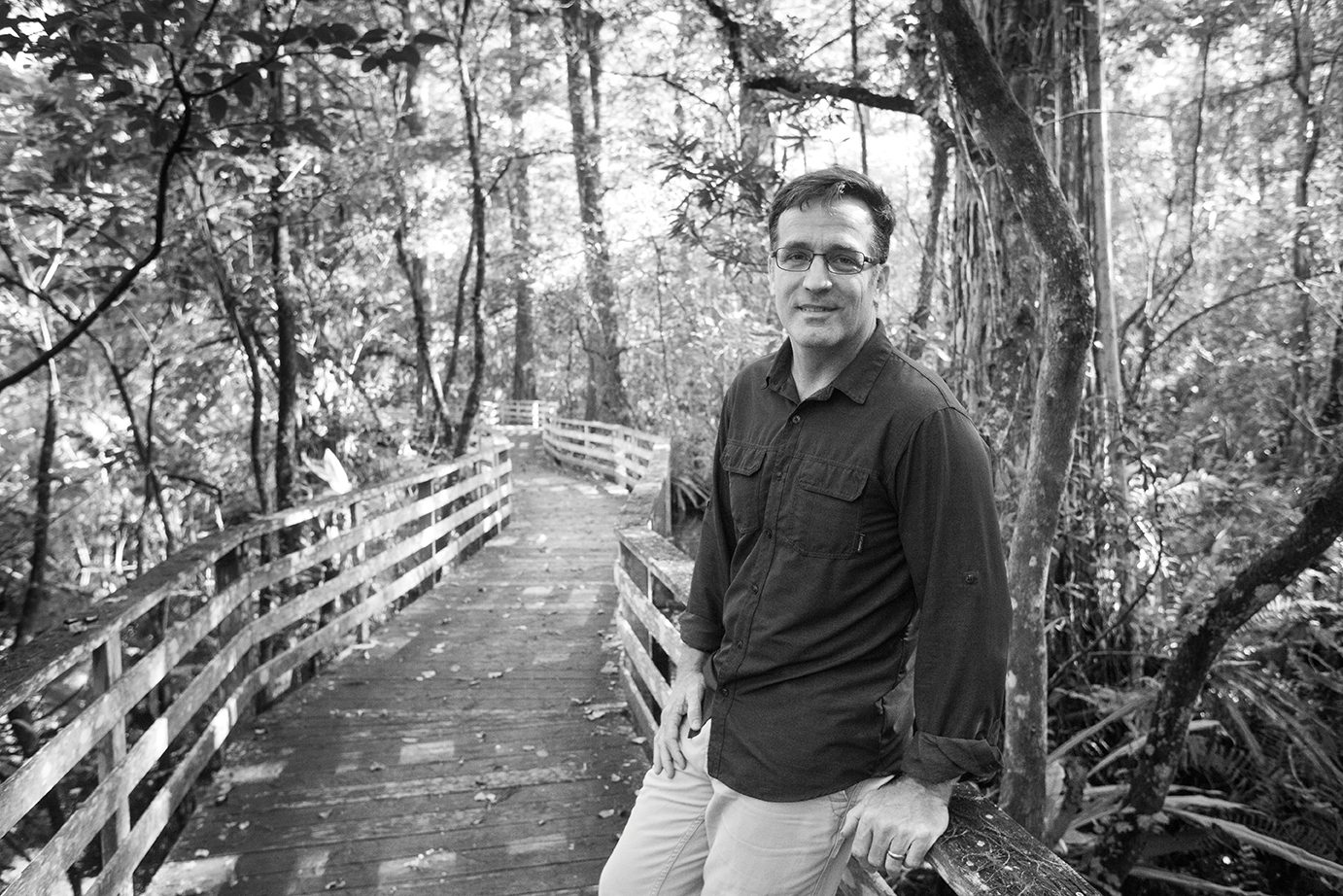 Although officially in existence since only the 1950s, Corkscrew Swamp Sanctuary has been on the Audubon Society’s radar for more than 100 years. As early as 1912, an Audubon warden patrolled the rookery to discourage plume hunters from killing birds to satisfy the need for feathers in women’s hats.

While the threats have changed over time from poachers to development, Jason Lauritsen feels he’s continuing the lineage of protectors of this swath of pristine land. “That first warden said, ‘Nobody’s going to treat my birds that way,’” Lauritsen says. “That same sentiment runs through the whole history of the sanctuary.”

The director since 2012, Lauritsen has a history with the sanctuary that runs back nearly two decades, when he started out as an intern. He took over for Ed Carlson, the legendary director responsible for shaping a lot of what we know the sanctuary to be.

On ending up in the Florida swamps

“I really wanted to experience life in the rain forest. That was always my dream. But I thought I should probably have a stepping stone to get there. It’s a big jump from Iowa to the rain forest. So I ended up interning at Corkscrew while I was in college.

“I did make it to the rainforest and spent two years as a tour guide living in a bamboo hut. But it was Ed Carlson who made me want to come back here. I started out as a resource manager in 2001, then became science coordinator and eventually assistant director before taking over when Ed retired.”

On the typical Corkscrew Swamp Sanctuary experience vs. reality

“Mostly people that visit us view the ecosystem from the boardwalk. It’s a way to connect people to a Florida that doesn’t really exist anymore. They see the old-growth bald cypress. They see the prairies. And if that was all we offered, they would probably leave thinking everything is OK. That we’ve protected this land. But the reality is that as big as Corkscrew is, it’s not nearly big enough. That’s why we have to have a grounding in science. People wouldn’t think that we have space for the panthers (if they realized) that a single adult male panther needs 10 Corkscrews.”

On using Corkscrew to understand the whole

“Every challenge we face is a microcosm of the greater Everglades system. We can be a laboratory for how to do better. And we have an obligation to share that, to put forward sound science. For the past two years our sciences manager has invited all the entities, public and private, to an annual forum at the sanctuary to talk about what we are all doing and share research. It’s been standing room only. This year we are thinking of expanding it to two days.”

“You don’t have the economic motivation for change without something bad happening. It’s not like we don’t know that the issues exist. But usually the attitude is, ‘Let’s fix it … eventually.’ But now people are starting to pay more attention because it’s causing problems to the economy. It’s the danger of being disconnected from our landscape. The farther you are removed, the less you feel that concern.”

On a change that can make a difference

“We have to have no net loss of wetlands. That’s a brilliant goal. But we do not have the kind of implementation needed to make that a reality. In practice, if a developer wants to eliminate some wetlands, it can get the credits by mitigating invasive melaleuca or Brazilian pepper. But that doesn’t mean they are replacing what they’ve taken away. It’s not an apples-to-apples replacement. So we are losing shallow wetlands that produce the fish that are the base of our food chain. If I have a soapbox to stand on, that’s what I want people to hear.”