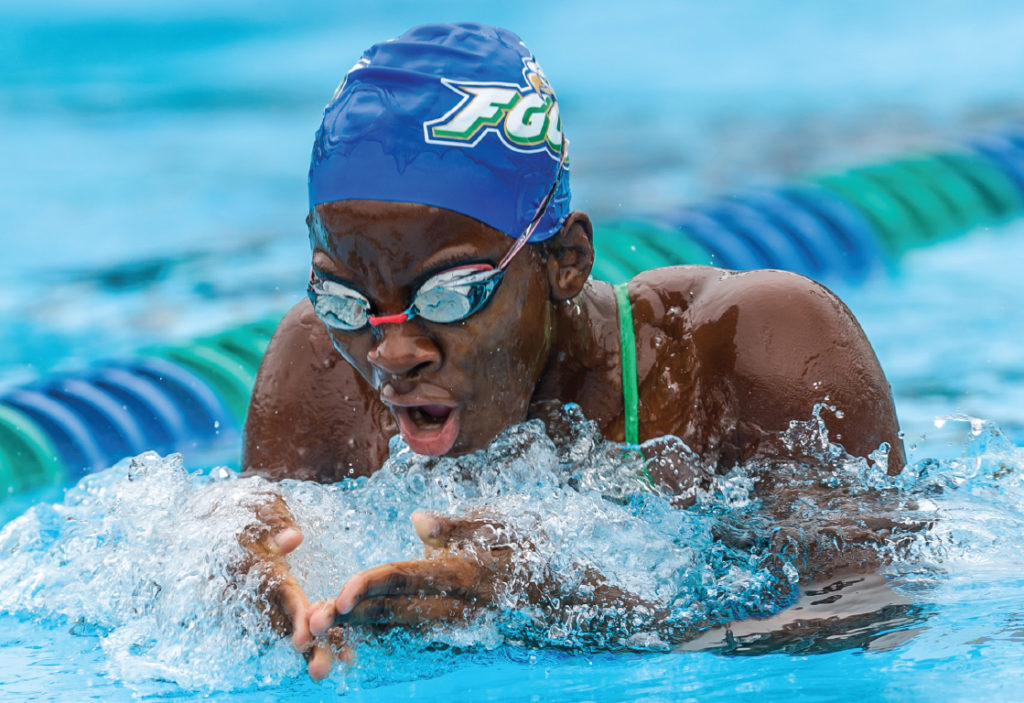 Best birdhouse bargain: It coulda been yours for $4.6 million, $200,000 less than the original asking price. Alas, former Celtics superstar and current Indiana Pacers president Larry Bird has apparently given up hopes of selling his Park Shore home and pulled it off the market after last summer’s price adjustment failed to sink a suitable buyer.

Best meal, ever: The Taco Bell ordered by Bonita Springs resident Jake Booth, who woke up hungry after 42 days in a coma—defying two neurologists who told his family he was not likely to ever regain consciousness. According to media reports at the time, he downed eight and a half crunchy tacos, building up strength to return home.

Best pet parade: Pets on Third, which benefits the Naples City Dog Park. Where else can you see a rainbow-colored poodle walk a red carpet?

Biggest change of scenery: Babcock Ranch, billed as “America’s first solar town,” broke ground last spring, promising to change the landscape on the Lee/Charlotte county line—and quite possibly the way in which new technologies are applied to development.

Best resurrection: The Florida SouthWestern State College Buccaneers are back on pitchers’ mounds and basketball courts after going underground for 18 years. Their new flagship is the 75,000-square-foot Suncoast Credit Union Arena, now looming over the southeastern corner of campus and defying anyone who still thinks of FSW as a “junior college.”

Best team effort: Bravo to the firefighters who worked smartly and tirelessly to contain and eradicate the once 7,500-acre brush fire in Picayune Strand State Forest this March, and to officials and volunteers for their admirable evacuation and assistance efforts as well.

Best books about Florida: Tampa Bay Times reporter Craig Pittman celebrated our weird in Oh, Florida! How America’s Weirdest State Influences the Country. Journalist Cathy Salustri got away from it all in Backroads of Paradise: A Journey to Rediscover Old Florida.

Best health care breakthrough for kids: We celebrate the opening of the long-awaited Golisano Children’s Hospital of Southwest Florida at HealthPark Medical Center in Fort Myers, a seven-story tower that includes as many kid-friendly features (witness the Crayola-inspired interior paint jobs) as it does lifesaving technologies.

Best cry for help: Florida Fish & Wildlife Conservation Commission’s plea to the Irula tribe of India to teach us how to capture the pythons taking over the Everglades. The tribesmen are renowned for their snake-catching skills—good thing, because these snakes are slithering north; last year, 1 ton worth was removed from Collier County.

Best of The Social Season

Best extension of the heart: In a just one year, Valerie’s House—an organization for grieving children—has expanded to Naples and is seeking a bigger Fort Myers location. How sad that so many children have lost loved ones—but how beautiful to see the growing influence of founder Angela Melvin, who lost her own mom when she was 10.

Best detective work: The arrest of Joseph Zieler in the 26-year-old cold-case killing of 11-year-old Robin Cornell and 32-year-old Lisa Story, found suffocated in their Cape Coral home. The tipoff? A DNA sample Zieler was forced to give after shooting his own son last summer.

Best final note: For those who have rocked, we salute you. AC/DC bass player and Fort Myers resident Cliff Williams played his last show.

The Best Memories of Those Who Left Us

Best high-altitude tech: Forty-some years after first taking to the sky with a used mosquito control helicopter, the Lee County Sheriff’s Office now has a $4.8 million high-tech chopper. The much more advanced equipment will only help the aviation unit’s efforts.

Best show of teenage genius: The small but brainy band of 13 kids on the Seacrest County Day School’s robotics team built their way from regional victories to a spot in a robotics world championship competition in Houston, Texas. It was only their second year in existence, and at press time, the RoboRays were doing their best thinking to raise money for the trip.

Best causes for construction: The beautiful Collier County Freedom Memorial (located at Freedom Park on Golden Gate Parkway) was finally unveiled in September, more than 10 years after volunteers set to work on the monument to the armed forces, law enforcement officers, firefighters, emergency medical personnel and civilians who died in the Sept. 11 terrorist attacks. It includes slabs of World Trade Center steel. Farther south, the iconic Naples Beach Hotel & Golf Course underwent a major overhaul to its latter half, unveiling in November a Jack Nicklaus-designed greenway. As for Lee County face-lifts, who wouldn’t love a visit to the new Hyatt Regency Coconut Point Resort & Spa resort pool? With a three-story tower of three waterslides, a lazy river and food trucks, it’s more like a mini waterpark.

Best way to make your points: Kudos to Florida Gulf Coast University’s men’s and women’s basketball teams for winning their respective league titles and playing strong games in close losses in the first round of their respective NCAA tournaments.

Best challenges for new stars-in-waiting: No one envies Donna McGinnis, having to fill the sizable shoes of newly retired Naples Botanical Garden founder Brian Holley, but we are confident she will blossom in her own right and grow this garden into its next phase … Talk about having your work cut out for you. New Fort Myers police chief Derrick Diggs inherited a city plagued by violence, unsolved homicides, and longstanding mistrust between some groups of residents and police. But if he can replicate his successes as Toledo’s top cop, we’ll be in good hands … Troubleshooters, take aim. The trio of Kathryn Marinello, new CEO of Hertz; Paul Rundell, new interim CEO of 21st Century Oncology; and Diane Ellis, new president of Chico’s, have their sights set on turning around companies beset by recent setbacks—stock price plunges and billions in debt for Hertz; a data breach and multimillions in federal fines for 21st Century’s improper billing practices; and a 200-person layoff at Chico’s Fort Myers headquarters. We’re rooting for all three—these companies are part of Southwest Florida’s economic backbone.

Best Collaborations: Artis—Naples and Naples Botanical Garden successfully teamed up to offer a sculptural exhibit of origami-inspired pieces by artist Kevin Box, with pieces on view both at the Artis—Naples campus and throughout the garden. … The unprecedented eight co-chairs of the 2017 Naples Winter Wine Festival—Bill and Debbi Cary, Brian and Denise Cobb, Jeff Gargiulo and Valerie Boyd, and Scott and Simone Lutgert—were proof of the adage “the more the merrier,” combining their skill sets and efforts to help raise more than $15 million this year … Visual and culinary arts continue to combine successfully thanks to the Naples Art Association Dinner with Artists series, each event coupling a gourmet chef and renowned artist for a unique dining experience … The public-private partnership between the City of Fort Myers and Southwest Florida Community Foundation is well-underway, with the promise of a technology hub as the outcome of a restoration of the historic Atlantic Coast Line railroad station in the Midtown historic neighborhood … And, as of press time we were anxiously awaiting the near debut of Timeless – an MHK Eatery in downtown Naples, a “culinary marketplace” that pairs chef David Nelson (previously of Truluck’s and Avenue 5) and architect Matthew Kragh.

Through the Naples Art Association’s Paint the Town initiative, artists Marcus Zotter, Juan Diaz (mural at left), Sandee Kozlow and others—as well as members of the community—uniting to paint colorful murals on 148 feet of stark white wall, to brighten up the Naples intersection of Fifth Avenue South and Fifth Street South during its 18-month-plus construction phase.

FGCU professors, scientists and couple Sharon Isern and Scott Michael studying the wide-reaching Zika virus, with funding from the National Institutes of Health.

Fort Myers Beach retirees Tom Taege and Larry Siebert and others leading the Estero Bay Improvement Association to purchase a former golf course, in order to preserve it as a natural space.

Architect John Cooney and his wife, Carrie, raising more than $365,000 in six weeks to launch and maintain a much-needed community-based vocational and life skills day program for adults with special needs: the Trailblazers Academy, in partnership with the Foundation for the Developmentally Disabled (FDD).

Philanthropists Jay and Patty Baker recently donating $15 million to NCH Healthcare System, aimed at upgrading the downtown hospital’s surgical services and expanding the system’s palliative care program; providing a $10 million matching donation to Gulfshore Playhouse, which will launch the construction of a new 56,000-square-foot theater; and gifting $1 million to the Naples Senior Center.

Best ‘Did They Really Say That?!’ Lines:

“I mean, besides being in a rock ’n’ roll band, what is better than talking sports for a living?” —David Moulton, after getting fired from his 99.3 radio show

Naples is “so rich that dropping a hundred-dollar bill, its owner would hire someone to pick it up.” —Page Six’s Cindy Adams, in a column on the eccentricities of Naples

“I kind of want to hide behind a pillow and make all of my family not watch it.” —former Naples resident and short-lived The Bachelor contestant Lauren Hussey

“It was like Animal House meets National Lampoon's Vacation.” —Jay Spiller, local wealth management adviser for Fifth Third, after he and his wife, Lisa, went GLAMping (minus the glam, it turns out) in an RV last summer