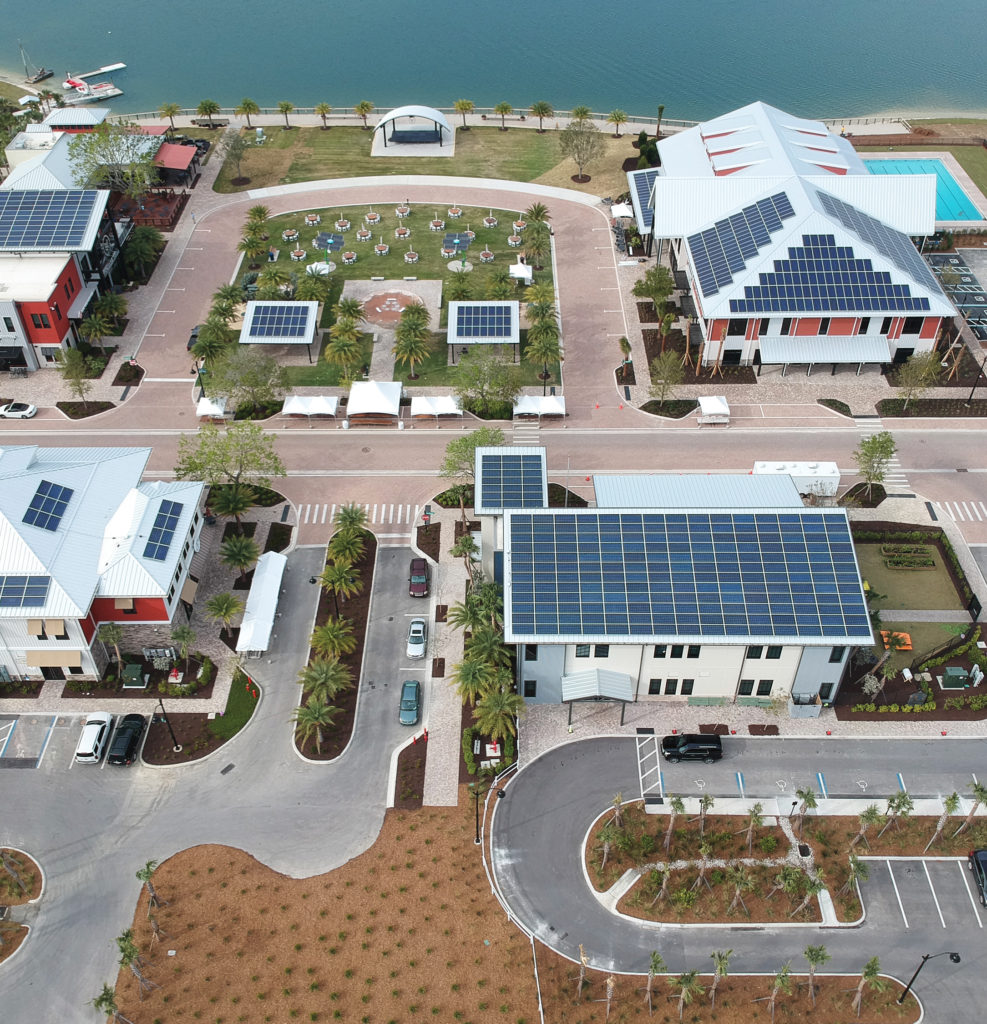 Best moves: It’s official: Babcock Ranch (left) has gone from developer Syd Kitson’s dream to somebody’s actual home. The first residents, the Kinleys and the Avecks, moved in after the holidays.

Best No-show: Southwest Florida became all aflutter when O.J. Simpson was rumored to be relocating to Naples. Thankfully, the recent parolee—and the media throng that was sure to ensue—never came.

Best holiday décor: Naples resident Diane Olivio joined 99 other volunteers from around the country to hang garland, bows, wreaths and other traditional trinkets at the White House.

Best signs of booming business: Gartner Inc., an international research and advisory firm, announced plans to expand its south Fort Myers campus and add as many as 800 new employees; Arthrex, the medical device manufacturer based in Naples, will build a new administrative and event center, office complex and hotel, adding 560 new positions plus some 1,200 construction-related jobs.

Best hiring “score”: Valerie’s House founder Angela Melvin landed the former CEO of the National Alliance of Grieving Children, Andy McNiel, a pioneer in treating children’s grief and trauma, as chief consultant to advance her work with children who have lost parents or loved ones.

Best reasons for a “standing O”: Alliance for the Arts scored a $50,000 National Endowment for the Arts grant toward its campus redevelopment project; The Laboratory Theater of Florida bought the historic theater it’s been renting near downtown Fort Myers; Artis—Naples unveiled a new master plan for its campus; and Gulfshore Playhouse hired H3 architects and released preliminary plans for its multimillion-dollar new home at Naples Square.

Best collaboration: In a never-more-timely initiative, leaders from Healthcare Network of Southwest Florida, the David Lawrence Center, SalusCare and the Golisano Children’s Hospital of Southwest Florida are teaming up to expand mental and behavioral health care to all of the region’s kids.

Best use of cellphone cameras: Fort Myers Police and the FBI arrested a suspect in the 2015 Zombicon shooting following a 21/2-year investigation that included reviews of hundreds of hours of cellphone and security camera video.

Best expenditure for sporting kids: Collier County, whose motto certainly is “go big or go home,” announced plans to build a massive youth sports complex complete with a 3,000-seat stadium near I-75 and Collier Boulevard for $60 million to $80 million.

Best incoming leaders: Cheers to the health care sector for the hiring of Dr. Lawrence Antonucci (right) to head Lee Health and Armando Llechu to lead the new Golisano Children’s Hospital of Southwest Florida, and 21st Century Oncology interim CEO Kim Commins-Tzoumakas, who is charged with righting a company that has gone oh-so-wrong.

Best use of greenbacks: Naples resident Dr. Leslie Norins offered up 1 million of them when he issued a three-year challenge to researchers to find evidence supporting his theory that a germ may be the root cause of Alzheimer’s disease. Bonus points for his  Western-style “Wanted” promotional poster.

Best way to play snowbird: Hats off to Naples native Brian Shimer, who spends half his year here in paradise and the other half coaching Olympic U.S. bobsled athletes. This year’s Winter Games was the first time he was head coach of both the women’s and men’s team. The latter had a rough go, but the women took home silver—just missing gold by a record .07 seconds.

Best athletics comebacks: Less than two years after losing his left arm in an airboat accident, Tyler Johns won the Big Feature in January’s Swamp Buggy Races Winter Classic. It was his fifth overall such win, and his first with a prosthetic arm. As for the winner of March’s Spring Classic? That prize went to Brian Langford after a decade away from the competition.

Best tie to have to Jersey Shore: DJ M Dot of Estero, known as a radio personality for B103.9 FM, joined Jenni “JWOWW” Farley of MTV’s infamous Jersey Shore on TLC’s new millennial-targeted talk show, Young Americans. He deejays alongside Farley as she hosts celebrity guests.

Best unintentional ad: Many of you saw Matt Damon’s Super Bowl commercial for Stella Artois and global nonprofit water.org—but you saw a local product, too. For a few seconds the ad showed a WooBamboo toothbrush, the ecofriendly product of a (pleasantly surprised) Cape Coral-based company.

Best Southwest Florida-style ad (left): Jeweler Mark Loren dropped three messages in a bottle off a helicopter and into the Gulf on Feb. 12 as part of a Valentine’s Day promotion. A month later, northwest of Sanibel Island and about 30 miles from Loren’s drop, 22-year-old commercial fisherman and FGCU senior Wesley Skinner picked up the bottle containing a certificate for a $10,000 diamond—and, of course, claimed his prize. As of press time, the two bottles containing certificates for $2,500 in Mark Loren Designs merchandise and services were still up for grabs at sea.

Best reason to stay in for the season: Naples author Gwendolyn Heasley’s novella Miss Christmas was made into a Hallmark movie. The plot concerns a big-city exec who, on her quest to find the perfect Christmas tree, finds—you guessed it—romance instead.

Best ring: The winner here is the one that will be on the finger of Cape Coral High School grad Jaylen Watkins. Last season, he was a safety on the Super Bowl-winning Philadelphia Eagles.