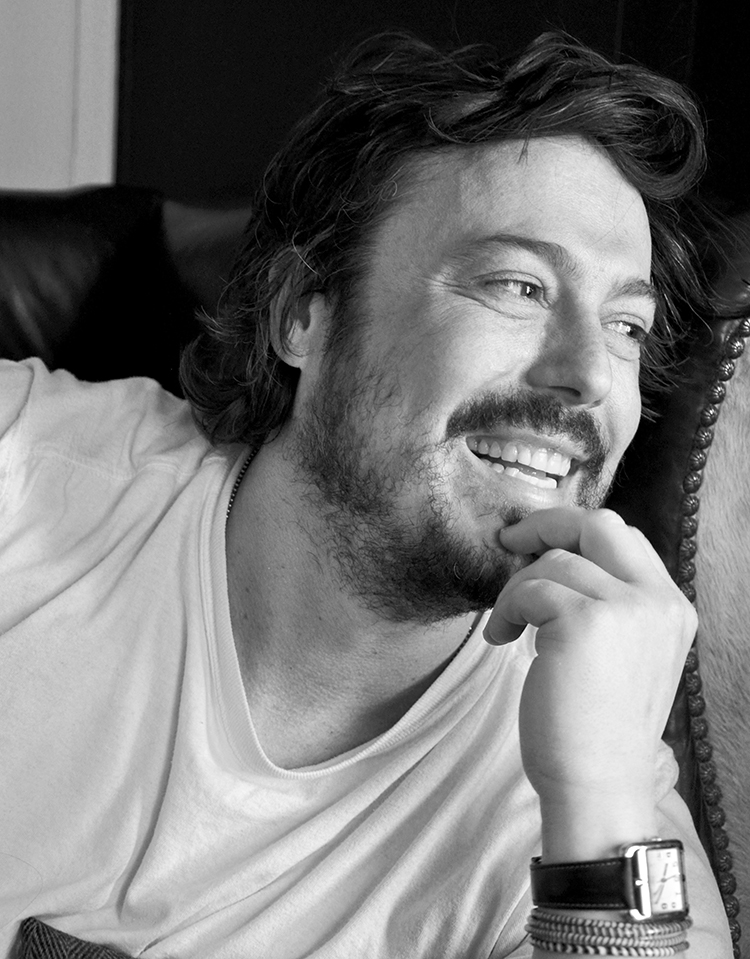 Zack Dobbins will tell you, “I’m a tad much on a good day,” but it’s hard to know just what he means. He might be speaking of his many talents—stylist, decorator and photographer high among them. Or his sensational vocal abilities, a skill that earned him a full scholarship to New York University to study musical theater. Or perhaps he’s simply talking about his personality, which is multifaceted and complex, gregarious and generous, so that to Dobbins it seems like too much while to the rest of us it feels just right.

Often dressed in starched white button-downs and navy blue blazers, a pair of tasseled loafers on his feet, Dobbins, 41, has an inherent sense of style.

“My parents would say it’s been innate since I was a child,” he says. “If they gave us money at Christmas, I would save up and buy one of the best blazers I could find. My whole closet was two-finger-spaced. My first tuxedo was Ralph Lauren; I always knew I needed a great tuxedo. I was avidly conscious of fashion and style, somehow always absorbing classic good taste.”

As a child Dobbins dreamed of working for Ralph Lauren, and that dream ultimately came true with Dobbins working in the designer’s creative department. His résumé also includes other fashion enterprises, like Valentino, Tory Burch and Barneys New York.

Dobbins tells the story of how he was hired at Barneys like this:

“It’s everybody’s dream job to design windows at Barneys. For my final interview, they put me in a hallway the size of a kitchen with two racks of clothing. One was traditional men’s haberdashery—socks and bow ties and shoes and all that—and the other was very modern, Helmut Lang, clean and edgy. True to my character, I went, ‘Oh, s–t,’ and then I got excited. In the room they had this box with all these crazy things in it like hats and a plastic lobster. Taste, luxury and humor are the three core concepts at Barneys. If I did something that was just beautiful, it wasn’t Barneys. If I did something funny and luxurious that wasn’t tasteful, then it wasn’t Barneys. It had to be all three. So of course I used the lobster, and I got hired on the spot.”

When it comes to his own brand—that is, himself—Dobbins also believes in a three-word summation.

“If you can simplify down to three core words and be able to judge everything you do accordingly, you’ll be true to your brand,” he says.

His words? Ironic, iconic and irreverent.

And he’s true to this core concept, with often touching results. Like his grandmother’s ashes, mixed with the potting soil of a gardenia bush kept on the coffee table in his parents’ sunroom.

“Sometimes we take grandma out for a little fresh air,” he says, “let her get some sun outside.”

It’s in the way he’s filled his parents’ home in Fort Myers with white orchids.

“My mom’s dream when she was young was to live in a house that’s full of flowers,” he says. “Just because of who I am and what I do, I try to keep this house full of flowers.”

Though Dobbins lives in New York City, he finds himself in Fort Myers and Naples just as often.

“If I’m working in Naples, I stay at The Ritz,” he says. “It’s like being in Shangri-La. But if I have clients in Fort Myers, I stay with my parents. I adore my family. We would be friends if we weren’t related.”

His father is a retired sales executive, and his mother has her master’s degree in nursing and worked for the Florida Health Department. Dobbins speaks of their generosity.

“There was a time when I was in New York, and I was studying music with the best people,” he says, “which is rather expensive. And without letting me know, my mom took on a second job in nursing to pay for my lessons. She never let me know until years later. And my father’s favorite thing in the world is cars. He’s a car freak. He had gotten to the place where he could buy his dream car, a red BMW convertible with cream leather interior. He sold that car to keep me in New York. Still to this day, that’s who my parents are.”

When it comes to his mother, Dobbins’ appreciation runs especially deep. This year he released his debut CD, The Women, a collection of 20 songs about the women who have impacted his life. His mother is featured in two of them, including the raw and affecting Without You, in which Dobbins sings openly about his struggles with depression.

“Zack’s voice and his personality are very much intertwined,” says Liz Fulmer, who co-created the CD with Dobbins. “Both are very expressive and kind of unmissable. I first met Zack in an environment where I didn’t know he was a singer. I just knew him as a person who was incredibly warm and kind and funny, and all of that came out in the way he does music, too—all of that emotion and all of that warmth and ability to express himself.”

Today, Dobbins runs his own style consulting business and has clients in New York, Boston, California, Virginia and Southwest Florida. True to himself, he’s neither stuffy nor pretentious.

“This is what cracks me up about Zack,” says Sarah Owen, president and CEO of the Southwest Florida Community Foundation, who has worked with Dobbins on her wardrobe and home. “He’s taking pictures in New York of high-end New York personas, but then he can just as easily come down here and take a photo of my son who needs a head shot and doesn’t treat it any differently at all. He’s able to transition between a lot of different worlds.”

“Each thing I do feeds the other,” Dobbins says. “It all comes from the same highly personal aesthetic. If I’m dressing you, if I’m writing a song, if I’m designing a window, it’s of utmost importance to me that my integrity is intact. It makes me so fulfilled if I do something 100 percent from my gut—or soul, however you want to say it. It also comes from pure desire of expression, a pure desire to make someone feel great, to make someone feel their best.”